When York was the hub of powerlifting. And York Barbell still is. 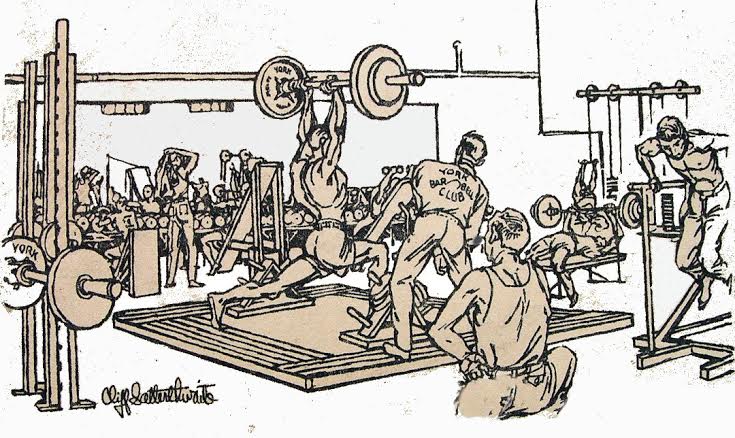 What these York Barbell power lifters are doing here is similar to the Strength Spectacular at the venerable York, Pa., barbell maker in June. ‘I think York is the hub, the heart of powerlifting, and we want to be a part of it,” a powerlifter said at the Strength Spectacular, restarted in 1998 to promote the sport and its iconic equipment supply, York Barbell. Here, artist Cliff Satterthwaite turned this view into a post card. The one below … . Also of interest: Check out these stories and photos about York Barbell’s past. 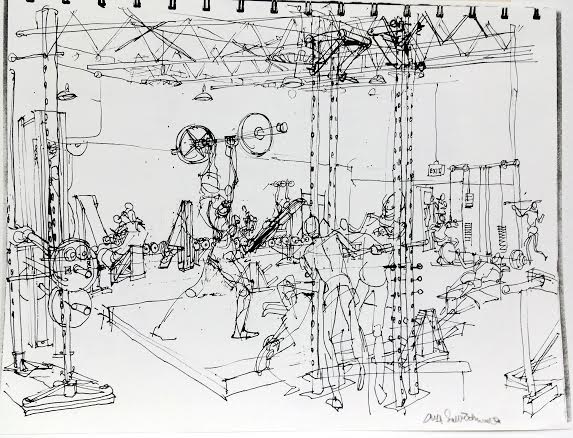 …is live from the gym, according to Cliff. Check out Olympian Tommy Kono helping a fellow weightlifter in the gym. (Maybe it’s the same gym.) And Yorkblogger June Lloyd writes about York Barbell’s Bob Hoffman’s pioneering efforts in the bottled water business.

If you’re look for the Hanover Area Historical Society, don’t go looking for it at its four-decade-old home on High Street.

It is moving from to a new location at 21 Baltimore Street. It will continue to exhibit artifacts at the Neas House and Warehime-Myers mansion. 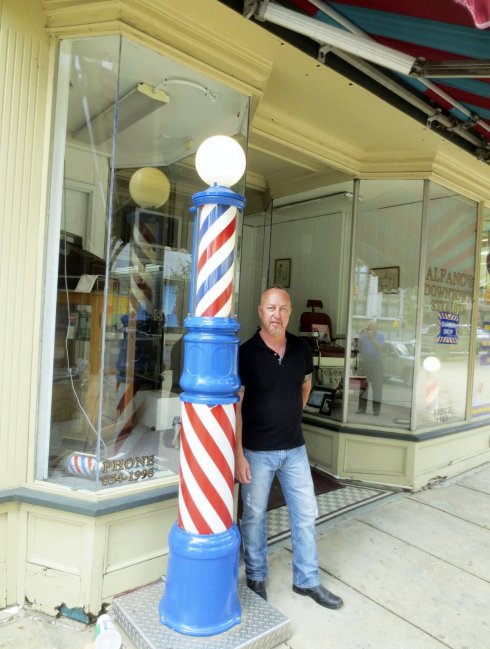 ‘If that barber pole could talk, ‘York Sunday News columnist Gordon Freireich wrote, ‘what a story it could tell of those more than nine decades: of the boom, then bust, and now the renaissance of downtown York. Check out the story of this 51 W. Market St., barber pole: Alfono’s Stylists.

In search of the flag: Scott Mingus labors to answer the question of the whereabouts of York’s flag, taken down by the Confederates in their 1863 invation. Find out what he found out: Centre Square flag.

Where is this? This history mystery drew all kinds of engagement. Join in, too.