When York College’s campus was small, and those reservoirs on the hill were uncovered 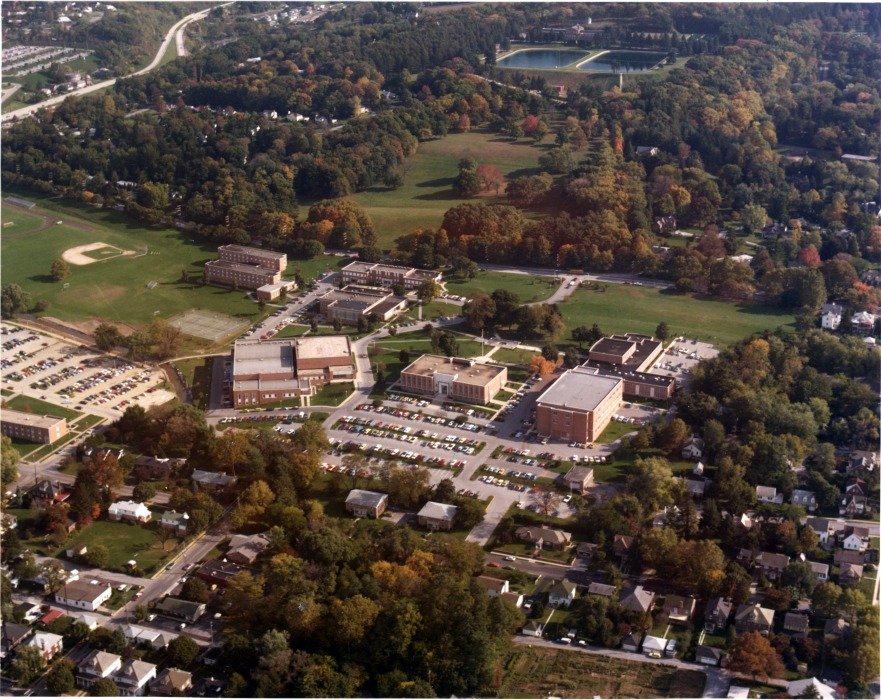 When I was gathering content for a couple of recent posts about York College of Pennsylvania, I cam across several interesting pieces of information about this longtime York County institution. Such as this aerial photo of the then-small campus in 1975, only a couple years after it gained four-year status. This map shows its growth in the past 40 years. And an interesting part of this photo is the view of the uncovered reservoirs on Reservoir Hill. Government mandates caused expensive covers to be placed on the reservoirs about 20 years ago. This photo comes from a photo gallery, courtesy of YCP’s Archives and Special Collections. Here are those posts:  Photographs from York College of Pennsylvania’s archives help tell the school’s story and Urban legends about York College’s campus abound, and its archives help tell the school’s real story.

After a piece on York College’s Archives appeared in the York Sunday News, my longtime email friend Roy Flinchbaugh sent in these memories:

I learned quite a bit from it. For one thing, I didn’t even know York College had archives (although I should have guessed). My father, after he dropped out of high school to work with his brother in Chicago, soon returned to York & finished his education at the York County Academy. YCA was located at that time in a building that once stood across the street from St John’s Episcopal Church on N. Beaver St. My grand-nephew now has dad’s yearbook. Coincidentally, when I was in a York Little Theater production in the 40’s, we held the rehearsals in that same building, because there was no YLT building at that time (the play was held, one night only, at William Penn Senior High School auditorium).

This brochure, courtesy of the Archives, points to a significant YCP anniversary coming up in 2016 – the 75th anniversary of YCP’s predecessor, York Junior College. 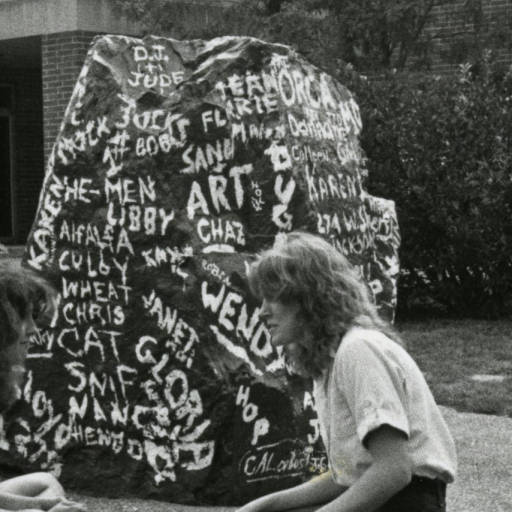 ‘The Rock  is one of those pieces of YCP’s life that engages each class. This excerpt from the college’s website explains the tradition:

Following commencement, the graduating class gathers to write their names and messages in white on a large rock painted Spartan green known as the “The Rock” and “Old Spart.” The students’ signatures remain on the rock until the next commencement when it receives a fresh coat of green paint.

Here’s a bunch of photos from the archives about the Rock.
+++ 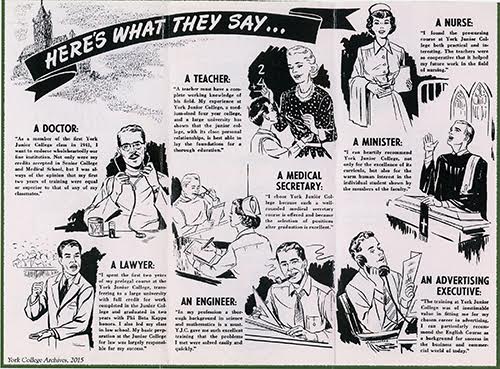 This York Junior College brochure, also courtesy of the archives, reflect sign of the times. The brochure tends to reinforce male students as doctors and lawyers and female students as teachers and nurses. A modern brochure might represent a different view.