When the weather was nice and tobacco was king in York, Pa. 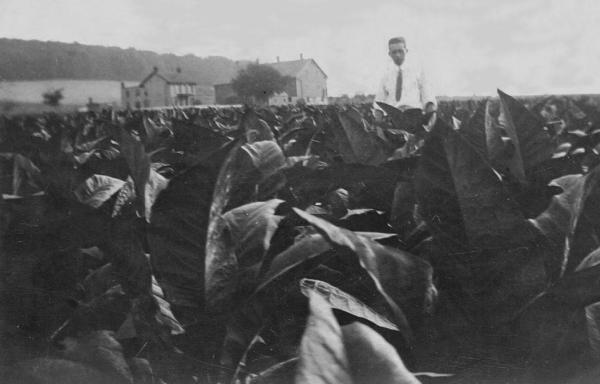 We’ll go back to a summer scene on this snowy day. Here, Norman Rishel is seen in this tobacco patch on his family’s Manchester Township farm. The tobacco was rolled into cigars in Emigsville, the closest village, according to Dianne Bowders, who provided this photo and information plus other photos to YDR.com’s online gallery Your Photos. Most of York County’s tobacco was grown in its eastern part, particularly along the river. So Emigsville would have fallen into that zone. One hundred years ago, cigarmaking from this tobacco and leaves imported from elsewhere formed York County’s largest industry. For more on the county’s cigarmaking industry, check out : York County cigarmakers knew of nicotine content 100 years ago.

After a decade, the Northwest Triangle, a major redevelopment project in York, is nearing completion. That area is vital to the city’s future because it’s close to the arts district growing in the area of Central Market.

Here is a timeline of what is happening in the Northwest Triangle, according to the York Daily Record/Sunday News:

— 2006: City puts out first request for proposals for master development

— 2008-09: Demolition of existing structures, including Ohio Blenders building and silos

Just plain interesting: If you’d like to see the famed Shearer and Lake map from the comfort of your living room, check out this offering from the Pennsylvania Historical and Museum Commission.

Among other things, this 1860 map is used by Civil War historians to understand the county at the time of that war. But if you want to see the whereabouts of your family’s farm in 1860, it’s likely on there.