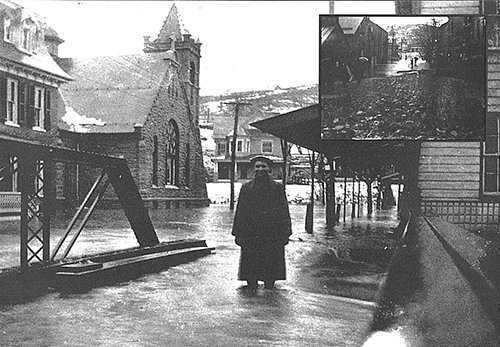 Southern York County’s Glen Rock, aka known early on as the Rocks of the Glen, has been invade by waters of the creek that runs right down through its gut many times. Here is flooding from 1908 along Water Street, looking toward Hanover Street. Also of interest: Glen Rock storms: ‘I think the snows of years ago were much deeper’

So he sent in a story and photos about flooding in Glen Rock.

“Much of the early stuff is out of the Glen Rock Item and it is interesting to see what he put in the story to describe the flood. Almost sounds like the editor was the father of Don Swartz the way he described it in places. Anyway, I put this together for your enjoyment to show how Glen Rock has suffered at the expense of rain over the course of time.”

His reference was to Don Swartz, whose descriptions of Glen Rock’s past are pretty amazing. (Check out these example: Those 1912 driver and other stories from around Glen Rock.

It’s interesting that a stream that is friendly to a town – it powered Glen Rock’s original mill (Otts wrote a book about that structure) – turn into a foe when the rains pour.

I’ve included the photos here, and then pdf’s of what Otts sent me, hoping these admittedly clunky pages will be readable on your browser. Future posts will cover other floods. 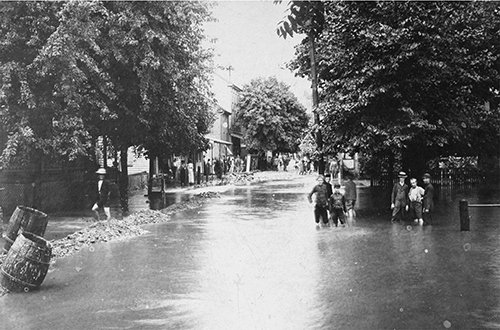 Glen Rock flooding in 1901, Also of interest: These York Town Square stories touch on Glen Rock’s history in full or in part. 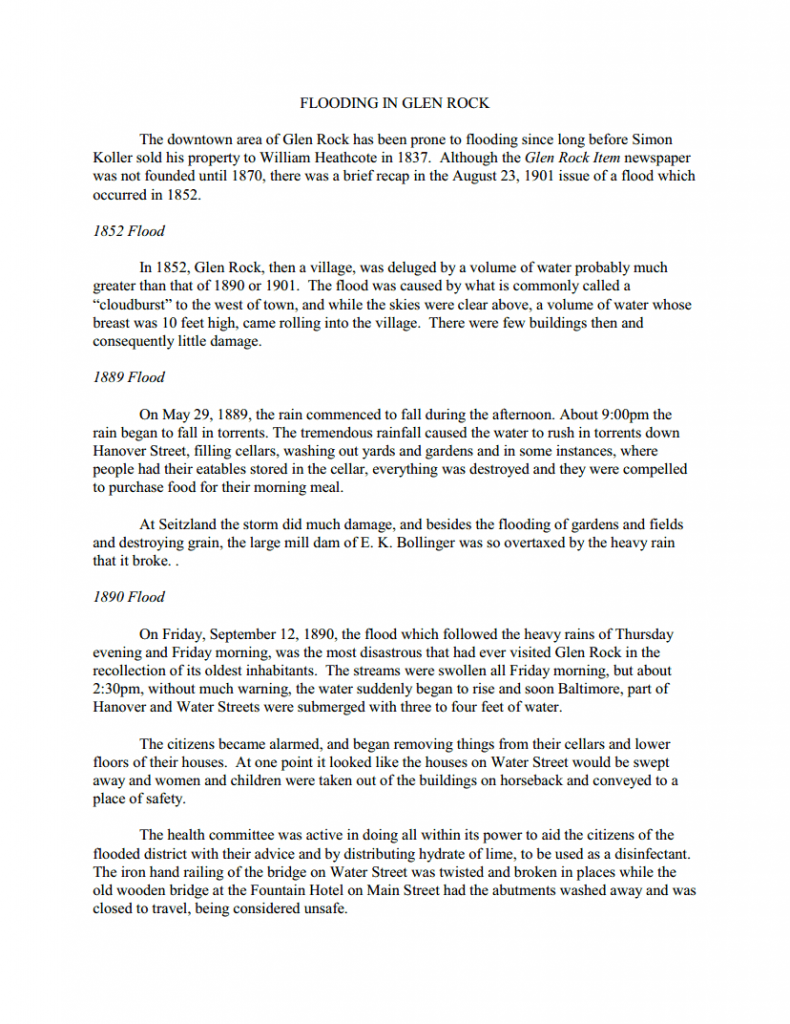 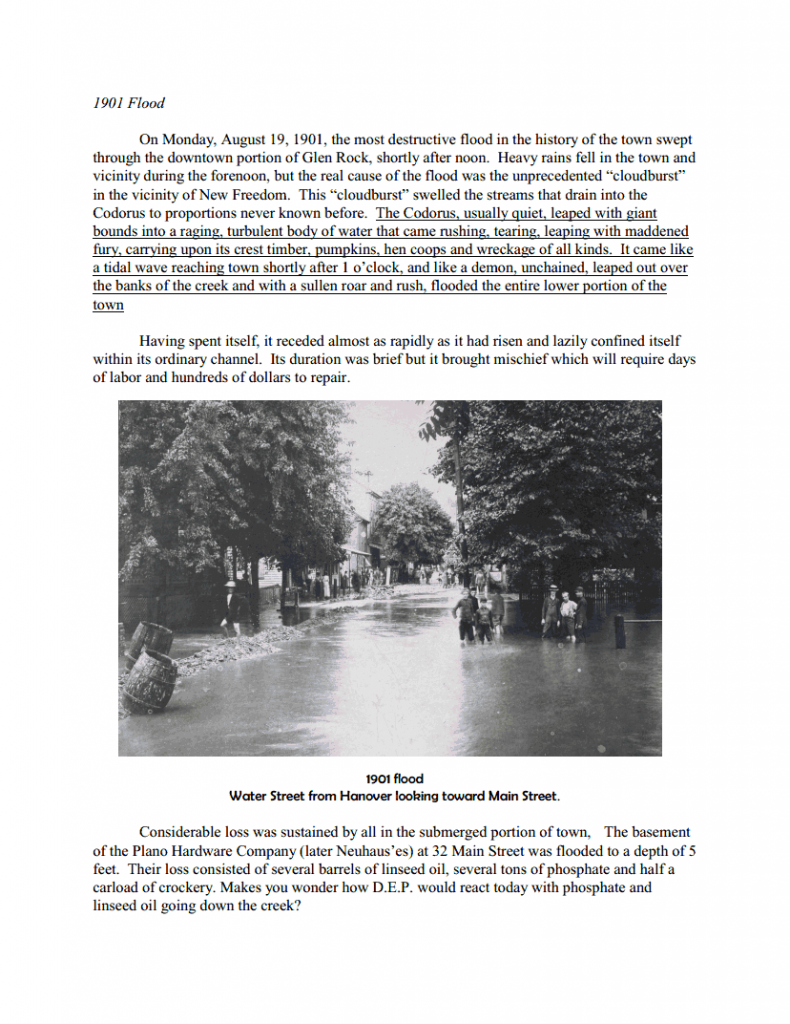 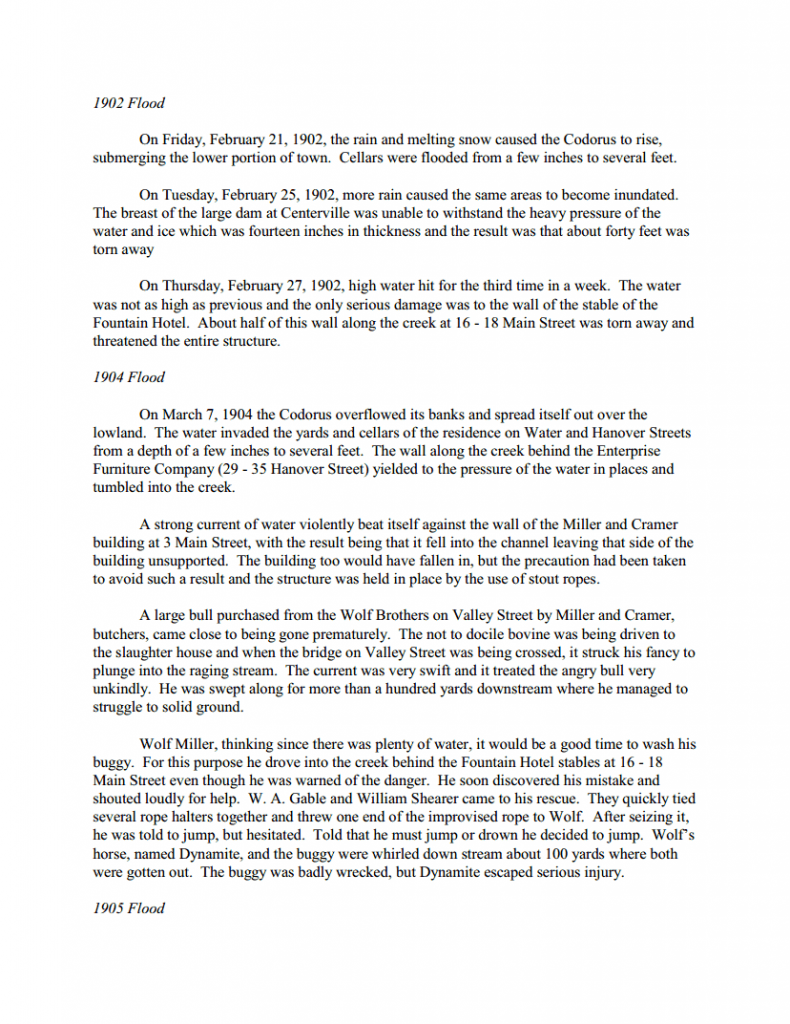 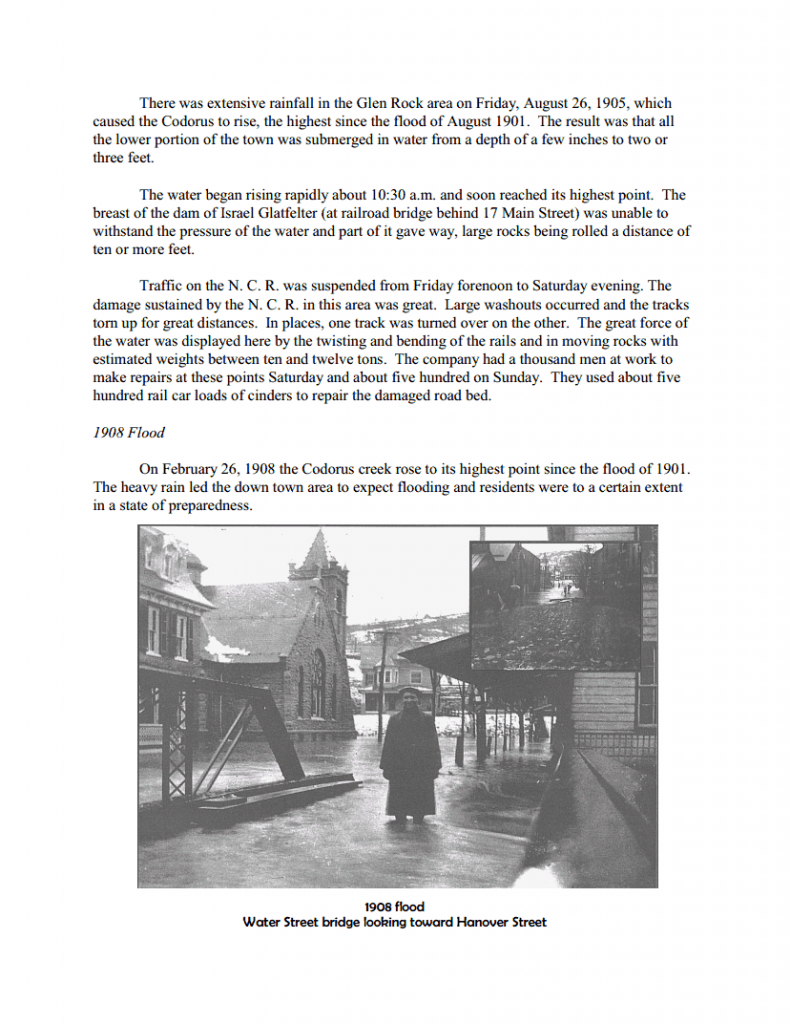