When the Klan tried to recruit York community leader Voni B. Grimes 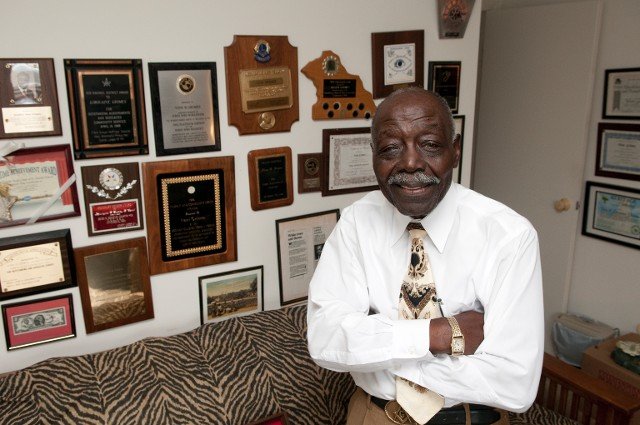 A portion of the many honors accorded to York County’s Voni B. Grimes hang on the wall of his residence. Recent Ku Klux Klan activity in York County’s northern tip prompted Grimes to stop by the York, Pa., Daily Record’s office to tell about the time the KKK tried to recruit him. Also of interest: Book gives insight into community leader Voni B. Grimes.

News that the Ku Klux Klan distributed fliers in Fairview Township caused Voni B. Grimes to deliver a brochure of his own.

Or rather, a collection of material received when his African-American family lived in the Lynbrook neighborhood in suburban Springettsbury Township in 1972.

He showed them recently at the York Daily Record’s office after reading this in the York Daily Record, summarized here: A Klansman contends the organization is just like any other group responding to a community need in Fairview Township. The KKK was merely running a neighborhood watch in the aftermath of crimes. The Klan official said this despite the fact, according to police, that only a few break-ins had been reported in the township, and a suspect in those incidents had been arrested.

Well, the Klan’s attempt to go mainstream is an old guise, and some gullible people have been known to believe it.

But not Voni B. Grimes.

The membership brochure delivered to Grimes’ residence in 1972 demonstrates that the Klan, of course, is hardly mainstream.

It states: “I, the undersigned, a native born, true and loyal citizen of the United States of America, being a white male Gentile person of temperate habits, sound in mind … .”

Mainstream York County is not white and male and Gentile.

Not then. Not now.

A true community values all its residents, not just a select group.

So 40 years after the Klan tried to recruit him in his Springettsbury Township home, that visit remains top-of-mind. But Voni B. Grimes treats it with humor.

His own flier includes a short York Sunday News story I wrote about his thoughts after the Klan’s recruitment attempt in Lynbrook. It is excerpted here:

“K.K.K had no idea that I am an African American living in that high-end community.”

It was 1972, and someone had placed a Klan recruitment flier into the space between his storm door and front door in his upscale neighborhood.

The writer considered asking the distributor to send him the Klan regalia so he could attend their meetings.

“Then I would lift that pointed head up,” he wrote, “and give them a big smile.” …

Too bad he passed on that notion.
The Klansmen’s red faces would have shown through their white hoods.

Parts of the recruitment fliers, above and below, that the Klan delivered to the residence of Voni B. Grimes in 1972. 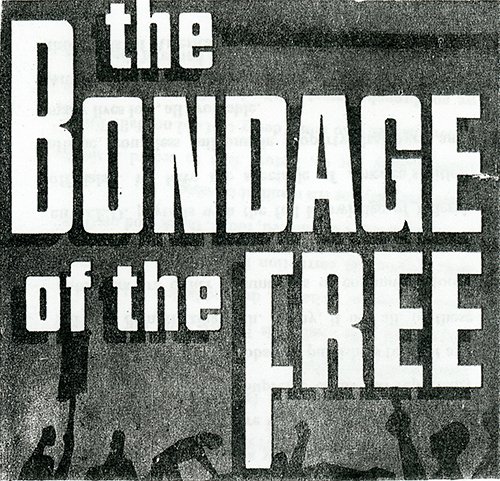