When Milton D. Martin’s Quiet Reading Room was anything but quiet 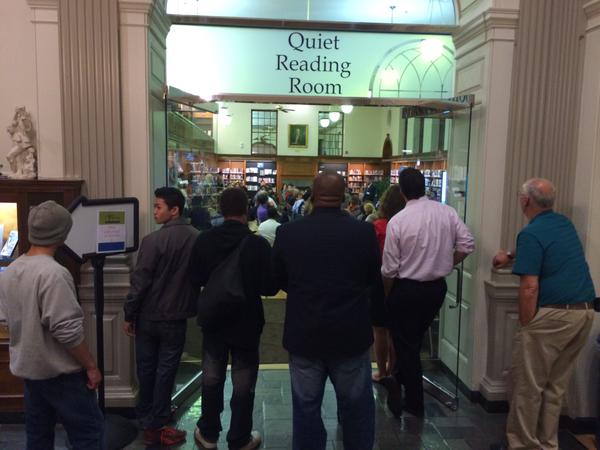 An audience overflowed from Martin Library’s Silent Reading Room in a Fixing York forum this week. The library’s original benefactor Milton D. Martin, in the portrait, top center, looks on. Also of interest: The Who’s Who that have led the Martin Library Board of Directors.

Someone noted to the crowd at Martin Library that they were in the Quiet Reading Room. But the place was anything but quiet.

Indeed, the room was filled with a productive buzz and useful discourse in the two-hour Fixing York session last week.

Fixing York is a York Daily Record/Sunday News initiative that works to empower people to ID what works and needs work in the city and beyond. Citizens can then learn from things that are working and offer solutions for those that don’t.

Perhaps it was fitting that Martin Library, which will reach its 80th anniversary on Halloween night, played host for the evening.

A portrait of Milton D. Martin, whose bequest originally funded the library, oversaw the proceedings. That was appropriate because Martin’s life and legacy offer lessons that apply to York today. 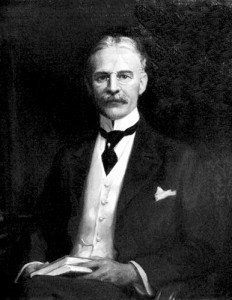 Milton D. Martin, a carriage maker and avid reader, left $125,000 for a library. More than 20 years after his death, Martin Library opened its doors. Check out this short bio about Martin, courtesy of local history Georg R. Sheets.

Historian Georg R. Sheets’ wrote a York Sunday News column  in 2010 that told about how Martin recovered after his York City-based farm implement/light vehicle business failed in the 1880s:

Since coming to York from Lower Windsor Township as a young man, Sheets noted, Martin was struck by how little he knew compared to other enterprising people in York. He couldn’t afford college so he taught himself through reading and then talking about what he read with those he trusted. He asked for guidance from local teachers about the right books to peruse.

Martin went on to become a maker of carriages, built a large West York factory, accumulated a fortune and left a legacy for what became Martin Library.

On Tuesday night in the library that Martin built, the importance of education and an effective school system was a central point.

Education is a way out and up, whether self taught as Milton Martin received it, gained via professionals or, more to the point, a lot of both.

How the library came about is a second teaching moment.

When the building opened on that night in October 1935, more than 2,500 people walked through its doors – some dressed as ghosts and goblins. Martin Library’s shelves housed 21,000 volumes awaiting a reading-starved public.

York, like the rest of the nation, was in the depths of the Great Depression.

The against-the-grain construction of a library in those financially beleaguered years no doubt was fueled by a dose of Martin’s optimism as well as his cash.

And Martin was not the only public institution to open in York in those trying times. The York Symphony, York Little Theatre, Crispus Attucks Community Center  and York Day Nursery formed in those trying years.

And we’re just warming up about a changing York in the Great Depression.

WORK started broadcasting. The Tassia family remodeled and enlarged the Valencia. The York Chorus raised their voices together. The York Hiking Club trekked into action. The predecessor to ForSight Vision  came together when the city’s Downtown Lions Club funded the training of a visually impaired man to act as a home teacher.

Many of these initiatives, public support and actions of  citizens did not come at the bidding of government.

The point is that residents of the city and county have faced excruciating problems before, and the grass roots used their gifts and talents to find solutions.

As for the days and Depression years after Martin Library opened its doors, unemployed people continued to flock to the stacks, some using their jobless time as an opportunity to gain a college education.

The Yorker, a publication that did not survive the Depression, connected tough times and the need for education and reading and learning.

“The fact that the general use of the public libraries has increased from 100 percent to as high as 800 percent is a sign of the times not to be ignored,” the publication stated.

People have not ignored Milton D. Martin’s library in the decades since.

And they gathered in that building last week to hear calls for volunteerism, mentorship, community involvement in education – themes put forth by the life and legacy of  the carriage maker who got his start in the City of York. 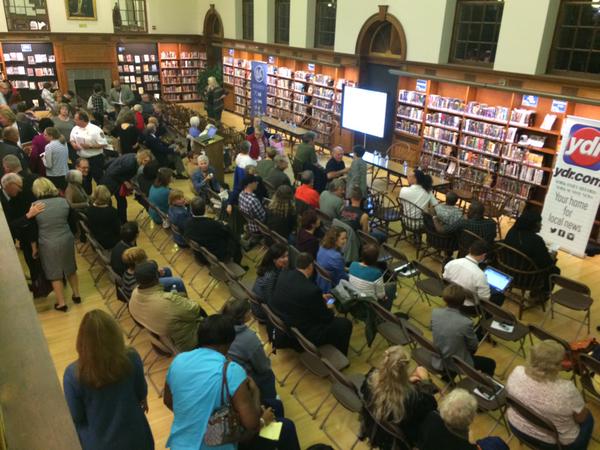 The Silent Reading Room has a balcony or gallery bearing shelves of books. It provided a spot for the York Daily Record’s Anthony Machcinski to capture the gathering Fixing York crowd. Anthony captured later the scene above, as well.