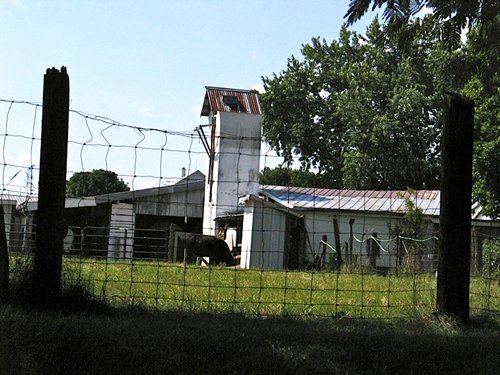 This tower rises from a farm near the Pickets – the beautiful Detters Mill area of Washington/Warrington Township area in western York county.  Any ideas of what it is used for? It’s a strange-looking silo. Is this for drying hops, for flavoring beer? Comment below if you know. The scene reminds one of a European countryside. Also of interest: Does Washington Township’s ‘The Pickets’ link with Civil War?

It features professionally captured, large horizontal scenes from the Susquehanna River, the focus of the Long Level-based organization.

They’ll make you want to go down to the river right now, even if it is gray out there.

Check out its schedule of events, including a well-conceived speaker’s program that includes:

Sept. 14: “Massacre of the Conestogas:” In December 1763, the Paxton Boys killed 20 peaceful Conestoga Indians living under government protection in southern Lancaster County. This brutal elimination of an entire tribe was just the beginning of the crime. A larger group of Paxton raiders soon marched on Philadelphia and threatened more Indians there. Turned back by Pennsylvania’s government, they returned to a largely supportive public in Lancaster County. Lancaster’s magistrates and ministers, who had encouraged and enabled the Indian killers, refused to apprehend them or bring them to trial. Later, apologists for the Paxton Boys deliberately distorted the historical record. Jack Brubaker, an award-winning investigative reporter for Lancaster Newspapers, will relate the chilling but compelling inside story of how the Paxton Boys got away with murder.”

Blog post of the day, I: Buffy’s World covers the spectrum of blog posts from: Hurricane Hazel to Paterno to high school football to Civil War soldiers to most famous homeruns.

Blog post of the day, II: Pat Abdalla at The Southpaw found local ties to two of the most famous home runs in baseball history.

Blog post of the day, III: Scott Mingus is leading a walking tour of Civil War sites in York today.

Forum of the day: Exchangers are discussing the new Columbia museum, the Turkey Hill Experience.