What’s the story of that fenced-in graveyard atop a hill near I-83? Part 2 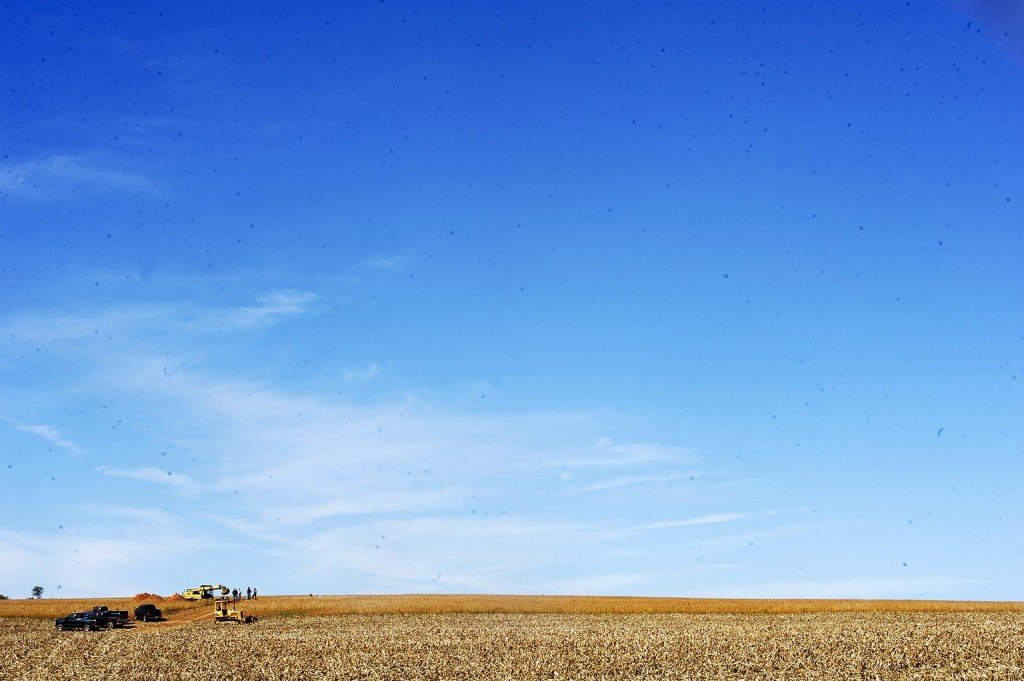 This is the view of that solitary southern York County, Pa., cemetery akin to what motorists saw for years. Actually it’s now a former cemetery, the Keeney Cemetery near Shrewsbury. Also of interest: What’s the story of that fenced-in graveyard atop a hill near I-83? Part I.

In 2008, ‘Hookman’ on The Exchange, the YDR’s community discussion forum, asked about that cemetery that thousands see – or saw – since Interstate 83 opened in 1959:

“I have recently noticed an old small fenced-in graveyard on top of a hill surrounded by farmland about 1/4 mile before Mile Marker 3 on I-83 Northbound. It’s about parallel with the blue food signage on I-83 (the board that had McDonald’s, etc). It’s very close to I-83, perhaps 100 feet.” 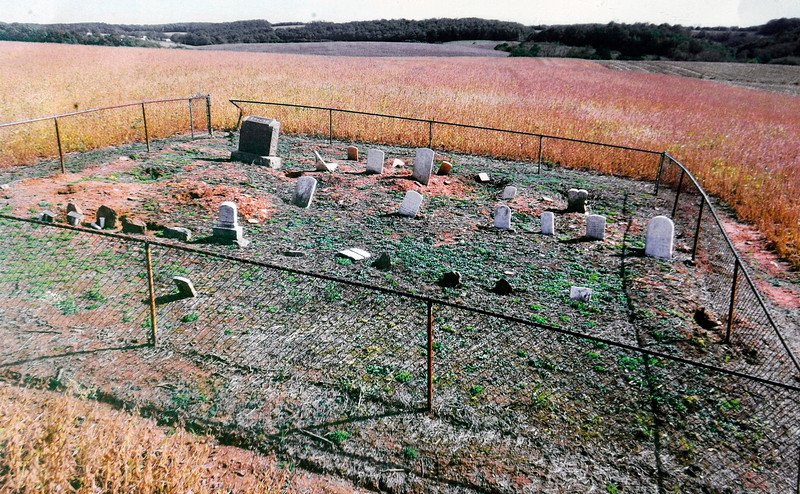 This is a view of the Keeney Cemetery that many people never saw – because they never made it to the hilltop. This photo was made before the exhumations. For more photos of the cemetery and exhumations, see ydr.com’s Media Center.

Those on The Exchange correctly identified it as the Keeney family cemetery.

That cemetery is no more, its bodies exhumed this week to make way for possible commercial development. They will be reburied in New Freedom, as this ydr.com story tells: Few remains found at Keeney Cemetery.

Exhumations occur only rarely around York County, so this was a sizable news event.

Back at the Exchange conversation, a helpful responder provided some background about the wealth of information available to people on York County cemeteries:

“Fortunately for history buffs and geneaologists there were two ladies who in the 1930’s and 40’s visited every cemetery in York County (even the “Mumma cemetery” on York St. in Hanover which has but a single monument) and recorded all the information that was readable at that time. Their works are available in the library of the York Heritage Trust, 250 E. Market Street.” 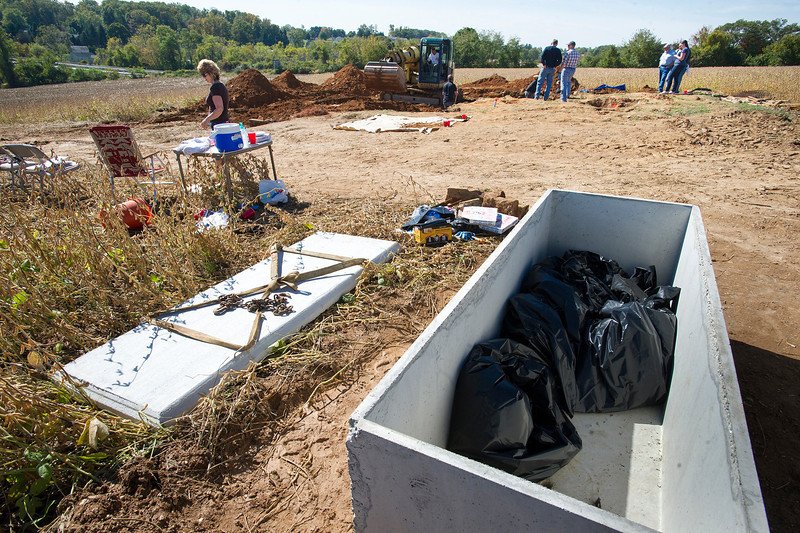 The exhumed remains were placed in one transportable container, to be transferred to a cemetery in New Freedom.  Also of interest: Availability of microfilm and other research tips about York County.