What’s that ’51 Chevy doing on the roof at San Carlo’s? 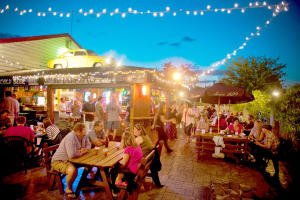 That yellow 1951 Chevrolet hasn’t always been on the roof of The Hop, part of San Carlo’s Restaurant in Manchester Township. But it has become a landmark signaling folks about the restaurant/entertainment complex that incorporates an equally noteworthy barn. The Chevy is an example of a roadside attraction deployeds for decades to woo motorists off the highway. York County’s The Shoehouse is a notable example. This photograph came with ydr.com’s Interstate 83 Exit Interviews series. Also of interest: Was life simpler 60 years ago? 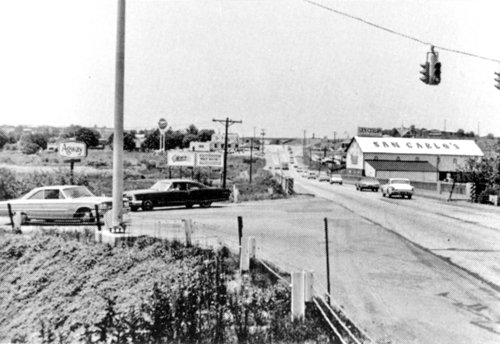 This 1960s photo, courtesy of York County Heritage Trust, shows the San Carlos barn without the ’51 Chevy. For more, check out: How one spot in York County tells much about what is going on around here.

More neat stuff from all over:

This Hanover company makes American flags for a landmark known to millions: The Statue of Liberty.

People remember Gino’s: The restaurant has been gone from York for years but the recent closing of a Gino’s eatery in Valley Forge brought back memories.

Check out this work going on up high, on the steeple of First Movavian in York. The renovators do not use scaffolding that sits on the ground.