What would York County be without its wonderful old farmhouses and barns? 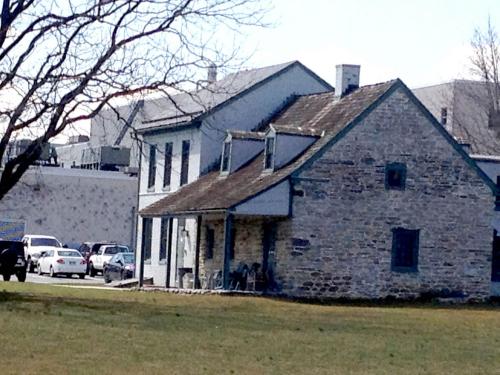 York County preservationists are on guard.

The Philip King House looks a bit shaky. The Spring Valley Peacock Farmhouse was pulled down, as was the Meadowbrook/Avalong barn. The old Gettysburg Cyclorama building was leveled.

So when someone noticed that the old Strickler farmhouse needed maintenance, some preservationists and descendants of Ulrich Strickler went to the county commissioners with questions about its future.

U.S. Immigration and Customs Enforcement, the former INS, was occupying the building. Now it’s being used for prison functions.

A couple of observations:

– This recent round of grassroots protests were fueled by the demolition of some big, old houses next to York College of Pennsylvania. Some local preservationists believe the college allowed the houses to deteriorate to the point that they had to be knocked down. So when a house, like the Strickler homestead, looks shaky, preservationists are wary.

– This grassroots movement is likely to become more common. With the ability to mobilize through the web and social media, the average citizen has access to other like-minded people. And as traditional preservation and historical voices – non-profit organizations, for example – become more strained financially or focus their attention on other topics, the grassroots is stepping in to fill with voices raised. Sometimes these voices are a bit off key. And not every building can – or should be – saved. You have to pick your fights. But this is democracy at work.

Sadly and inevitably, the big donors that kept traditional, community-minded non-profits viable are passing away. A new model is emerging that allows a solo voice with a computer and a concern about the future of a building to spread concern about its future. (For background, see yorktownsquare.com post: Using York County history to create community embodies a modern trend.

The Strickler preservationists appeared to get the commissioners attention this week.

All this brought a colorful and memorable quote, right from the ground level.

David Dietz of Hellam Township, one of hundreds of Strickler descendants in York County and beyond, asked the commissioners:

“What would Egypt be without the pyramids? …What would York County be without old stone farmhouses and barns that were built by industrious pioneers?”

But here’s the thing.

What would York County be without its wonderful old farmhouses?

All Pennsylvania Dutch posts from the start