What life was like in downtown York, Pa., in World War II 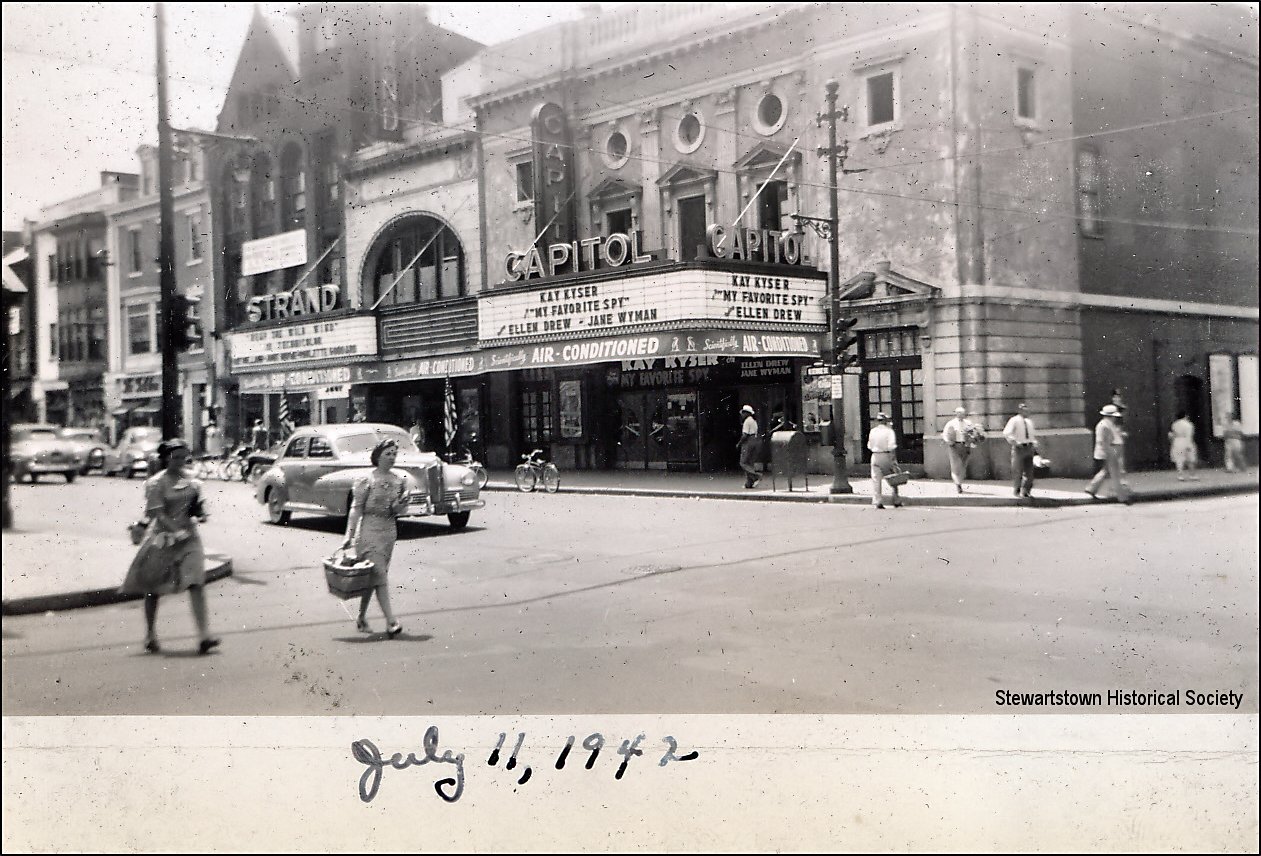 What was life like in downtown York, Pa., in World War II? This photo of York, by way of the Stewartstown Historical Society, shows George and Philadelphia about seven months after America entered the war. It’s pretty much business as usual. At least two things no doubt changed as the war wore on. The downtown became busier with servicemen stopping at the train station and often walking around town between trains. And auto traffic diminished, as rationing kicked in and vehicles for civilian use became scarce. See a photograph from later that year below. The History of Pottery mural, telling about Pfaltgraff’s past, now covers the brick wall of the Capitol, right. Also of interest: Check out these scores of posts that touch on York County in World War II, in full or in part. 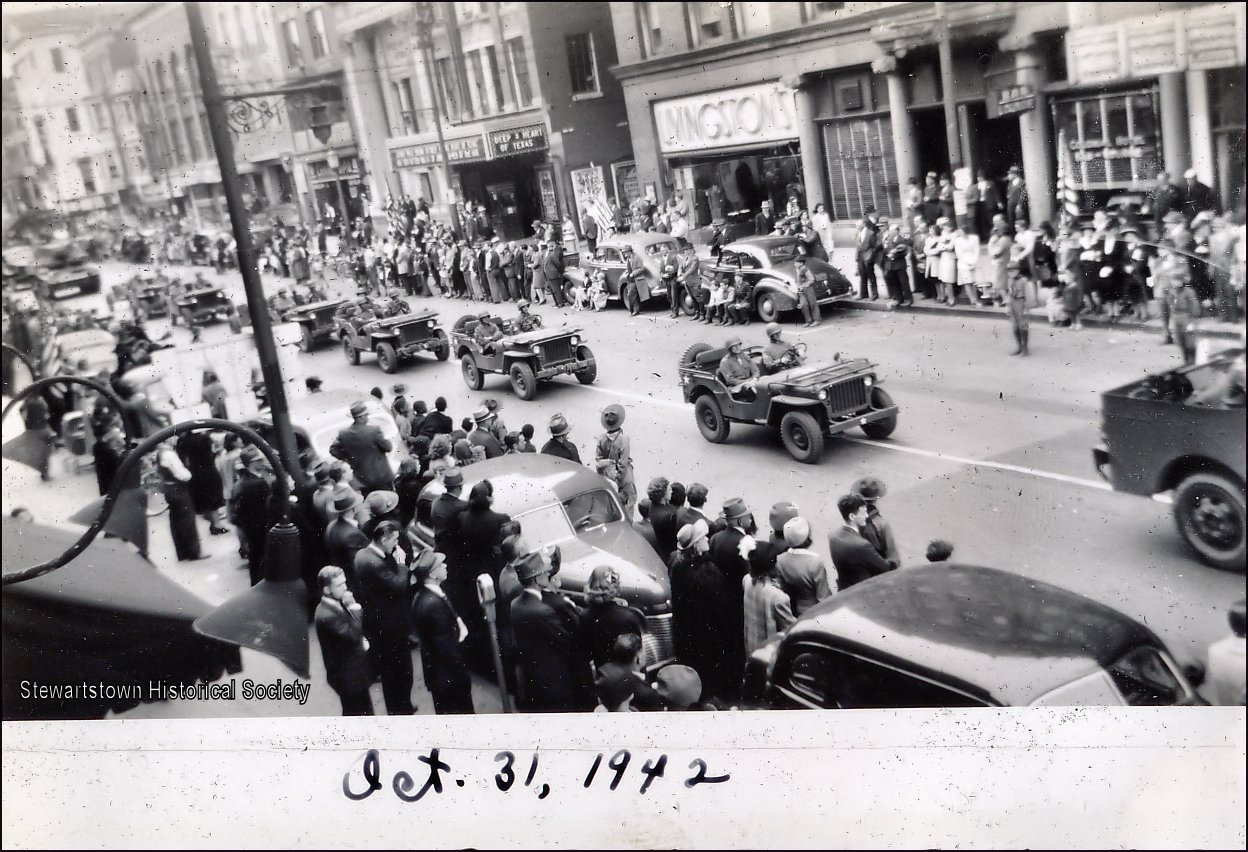 Doug Winemiller, who provided these photos from Stewartstown Historical Society, could not ID the location of this motorcade. ‘There appears to be a movie theater just left of center that reads “Deep in (the) Heart of Texas”(??),’ he wrote. ‘ It is an army parade on Oct. 31.  Could it be the York Halloween Parade?  If so, might it be the HiWay Theater on W. Market and Carlisle?’ If you know, please comment below. Update:  York countians Gordon Freireich and Terry Downs identified this theater as the Ritz on South George Street. The photographer was standing near the building that housed Futer Bros. for years. ‘It was very popular with boys because it showed a lot of westerns,’ Freireich wrote in an email.

Other interesting, unrelated stuff from all over … .

“There was nobody like him. Everybody loved him, he didn’t have an enemy,”  daughter Diane Good told the York Daily Record. “He’s going to be so missed.”

Here’s a photo gallery of Jim Getty in action.

Signal tower to be preserved: A recent YorkTownSquare.com post explored this: ‘Towers kept the railroad moving.’ Follow the link below for more.

Think Loud Development LLC, which is clearing row homes on York and Chestnut streets to make way for parking and infrastructure improvements for a large data center, plans to preserve the tower built in 1942.

+++
Exploring York County: This bicyclist moved through some interesting parts of the county. Check out: All Trails Lead to Ice Cream.
+++

Finding refuge: This is just interesting … .

+++ History Mystery: Where is this quiet refuge?

History Mystery: The topic today is a garden, a quiet retreat on the edge of a fun and busy place. This garden is…