What is the probability of another flood in York, Pa.? 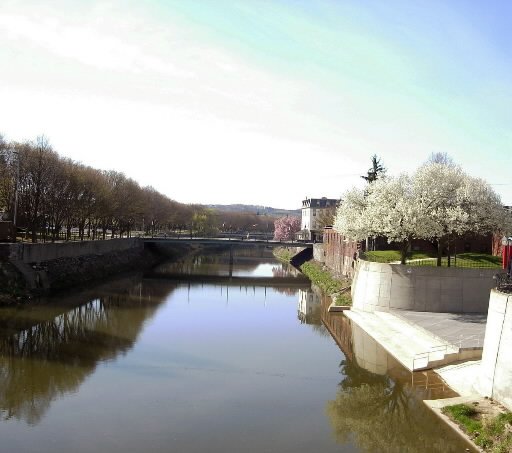 Dianne Bowders, the photographer of this peaceful Codorus Creek scene, describes the waterway’s history: ‘During the great flood of 1933, 17 inches of rain fell on the area flooding the Codorus Hotel, the Market Street Bridge, and parts of downtown York. Following this terrible flood, the U.S. Army Corps of Engineers built channel embankments and levees throughout much of the city. During Tropical Storm Agnes in 1972, York saw 16 inches of rain. What started as a light rain caused 4 deaths, and destroyed millions in property.’ Also of interest: Drenched: Storm of Sept. 7, 2011 no Agnes .

Heavy rains earlier this summer caused flooding in many parts of Pennsylvania, but York County was spared. Major flooding occurred after Tropical Storm Agnes in 1972, the last time a destructive volume of water topped the levees in York.

So what is the probability of rising water again to cover the streets of York as in 1972?

Daniel G. Meckley III, an engineer by training and an avid observer of York County waterways, takes a stab at that question in a 2000 paper he prepared for a local organization.

Statistically, it is high… .

Indian Rock Dam only controls one third of the total drainage area. Since 1920, there have been six months where the rainfall was greater than 10″; two of these periods resulted in floods, and the third a near flood; if these were evenly distributed, which they are not, the interval would be 15 years. The flood frequency in the last 256 years is grouped in three intervals — seven at 11 to 17 years, three at 34 to 39 years, and four at 2 to 5 years. I believe we will have a flood before 2010. If the Indian Rock Dam gate closings are timed to perfection, and the rainfall on the branches is distributed just right, York may not flood. The area covered with roads and parking lots increases the potential every year.

Meckley’s paper, “The Codorus,” remains the most authoritative look at all three branches of the creek, the main body of water flowing through the City of York. He covers the creek’s hydrology and the history of flooding along the waterway, among many other things.
Also of interest:
A copy of the report is available at the York County Heritage Trust archives. www.yorkheritage.org

Check out these photos and stories of bad weather events in York County history.