What is Adams County’s largest industry? It’s not what you think 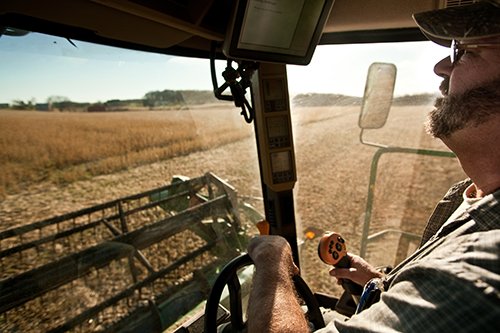 This is a rare view, the look from within the cab of Jay Arentz’s combine as he harvest soybeans on one of his Adams County farms, covering 3,300 acres. A Hanover Evening Sun story raises an interesting question about land preservation in Adams County, which Arentz Hay and Grain actively participates in: What is Adams’ largest industry? Not tourism. Adams County ranked sixth out of Pennsylvania’s 67 counties in agricultural production in 2007, the most recent year surveyed, the Evening Sun reported. Adams, like York County, is working to preserve this farmland. Between 2007 and 2007, acreage in farming dropped by 4 percent, the story states. For a photo gallery on Jay Arentz’s enterprises, see: Adams County farms. And this York Daily Record story tells about a Shrewsbury Township man, Paul Solomon, who is seeking to preserve a farm. Also of interest: Check out all these farms and fields stories and photos from the start.

In Glen Rock: Steam into History isn’t the only training running in Glen Rock. These short-form videos tell about the model railroad display in that southern York County borough.

Cold case in Brogue: Yes, Brogue, as in southeastern York County. The YDR’s Rick Lee wrote recently about an ongoing State Police investigation of the 1972 murder of Dean Shelly Bacon. The victim was gunned down in his doorway at midnight on June 22, 1972, Rick writes.

Encouraging words:  From a reader about twice-a-day  ‘History Mystery’ postings on YDR Facebook: ‘I am using a first generation iPad to access Facebook and it has a tendency to shut down links…time for a new one! At any rate, every day I tell myself I won’t open your news feed to read the answer … and every day I get drawn in to find the answer.’ Here’s one of those: 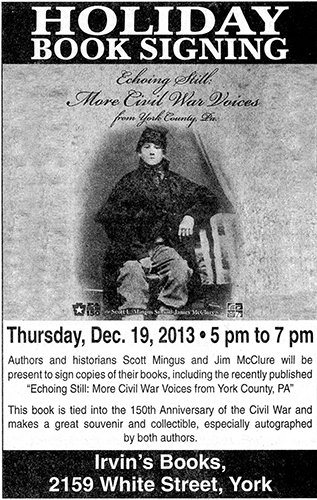