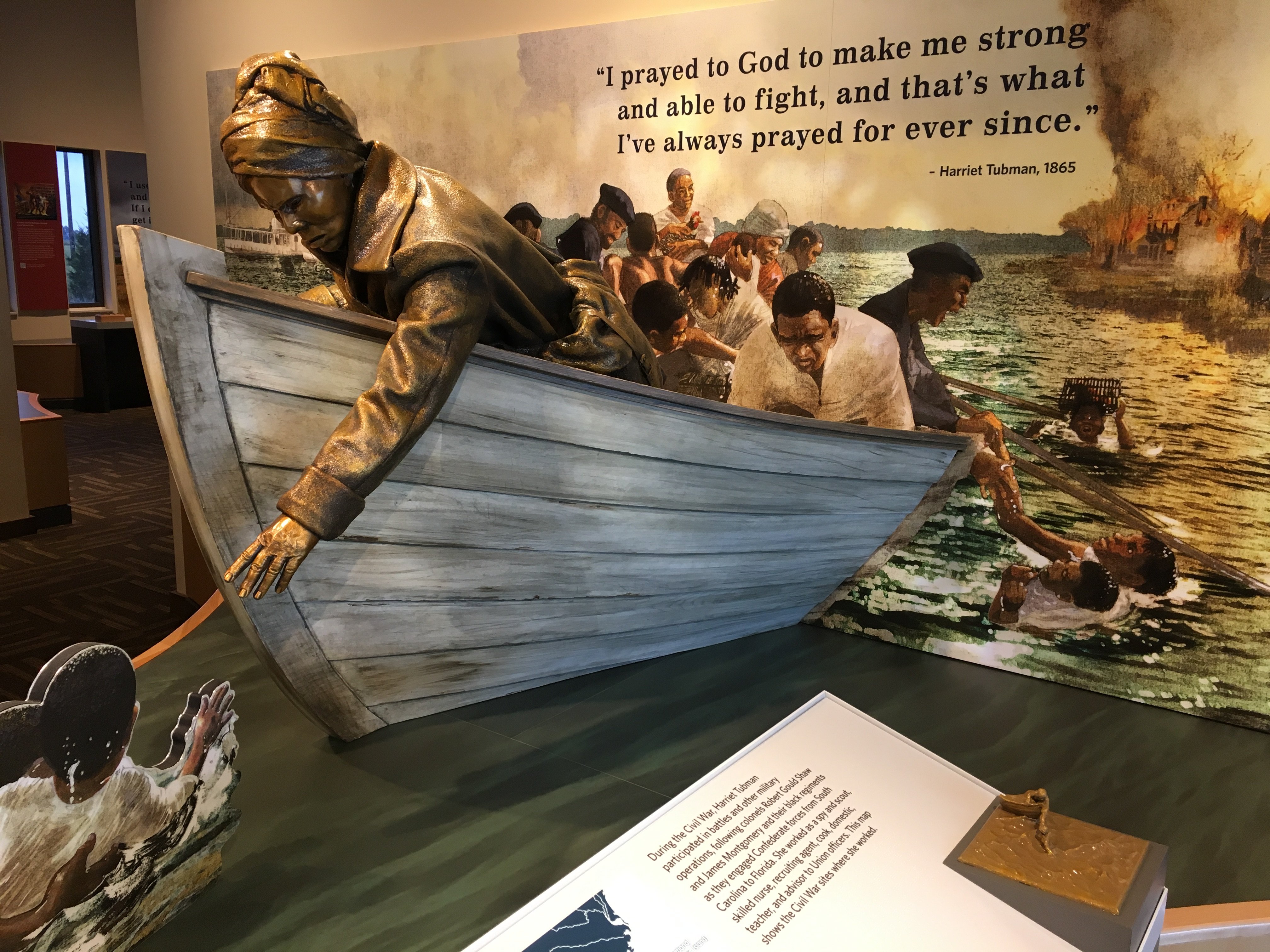 She found some like-minded county residents who were against slavery and fellow operators on the Underground Railroad, particularly among Quakers north of the Conewago Creek.

But the abolitionist view was not the majority report in the county.

More: How Pa. became a safe haven for Harriet Tubman after she escaped slavery in Maryland

Peace Democrats, a.k.a. Copperheads, represented the most votes and lipped the mantra, “The Union as it was, the Constitution as it is, and the Negroes where they are.”

That meant the county opposed Abraham Lincoln, and the majority of the county vote went against him in his successful U.S. presidential bids in 1860 and, even more deeply, in 1864.

To York countians, Lincoln meant war, and if the slaves were freed, that would spell economic hardship in a county that sat on the Mason-Dixon Line.

“The people, so long blindfolded, will see the guilty demagogues who have used the negro for the destruction of white men,” the Copperhead York Democratic Press thundered before the war’s outbreak in 1861. “They will mark those who have sung of negro freedom only to destroy the white man’s liberty to earn bread for his starving family, and when they see all the terrible consequences of negro freedom and equality, the result will shake northern society to its very foundations.”

This was the political environment that Tubman found in her visits.

‘Slavery is the next thing to hell’

Slavery within York County’s borders in the Civil War era was long past, as a result of the Abolition Act of 1780 that allowed gradual emancipation.

But residents, with their Peace Democrat leanings, harbored a view of the enslaved people that was at odds with Tubman’s own experience.

He contended in his autobiography written late in life that the county’s view in the Civil War-era held that slavery was wrong in principle.

“At the same time, being acquainted with many slave owners, we also knew that slavery was better in practice than in theory and that the planter who was cruel to his Negroes was a rare exception,” he wrote. “No matter what his personal disposition might be, slaves were so very expensive that it would be ridiculous to maltreat them as to maltreat a stable of blooded horses.”

Tubman had a far different view – an authentic and correct view as history shows – drawn from personal experience about enslaved life on Maryland’s Eastern Shore.

“Slavery is the next thing to hell. If a person would send another into bondage, he would … send him to hell, if he could,” Tubman said in 1855.

As a girl, her masters were not tolerant and often cruel, according to the Harriet Tubman Underground Railroad Visitor Center near Cambridge, Md. One master beat Tubman so hard with a knotted rope that he broke her ribs.

White women and children would join in the beatings, and no one feared punishment for mistreating enslaved people.

“The physical scars left by slavery on Harriet Tubman could be seen until she died, 85 years later,” an exhibit at the visitor center states.

There’s no indication that Farquhar met Tubman in her visits to the county. If he had, those scars might have changed his view about the cruelty of slave owners.

Not that anyone would doubt today what Tubman experienced, but the flight of freedom seekers from the South provides evidence that cruel owners in the chattel slavery system were not rare, as Farquhar asserted. Those who were freed often came north. Further, a big fear of owners was a revolt of enslaved people. Why would anyone revolt if, as Farquhar believes, slavery was better in practice than in theory?

To further show Tubman’s view of things, we’ll end with some quotes from Tubman herself – and the views of others about this brave Underground Railroad operator, as found at the Tubman visitor center.

“When I found I had crossed that line, I looked at my hands to see if I was the same person. There was such a glory over everything; the sun came like gold through the trees, and over the fields, and I felt like I was in heaven.” – Tubman, 1868.

“I was the conductor of the Underground Railroad for eight years, and I can say what most conductors can’t say, I never ran my train off the track and I never lost a passenger.” – Tubman, 1896.

What others say about Harriet Tubman

“Where I came from it would make your flesh creep and your hair stand on end to know what they do to the slaves.” – Ben Ross (James Stewart), Tubman’s brother, 1855.

“The midnight sky and silent stars have been the witnesses of your devotion to freedom and your heroism.” – Frederick Douglas, letter to Tubman, 1863.

“I know of no one who has willingly more perils and hardships to serve our enslaved people.” – Frederick Douglass in a letter about Tubman to Sarah Bradford, 1868.

“Harriett was a woman of no pretensions, indeed, a more ordinary specimen of humanity could hardly be found … Yet in point of courage, shrewdness and disinterested exertions to rescue her fellow-men, by making personal visits to Maryland among the slaves, she was without her equal.’ – Underground Railroad conductor William Still, 1871.

“Her doors were kept open to the most friendless and helpless … . All found not shelter alone, but welcome.” – Emma Telford, Tubman’s Auburn, N.Y., neighbor, 1905.

The York Daily Record and York County History Center are co-sponsoring a forum on jobs and the economy as part of a “Perspectives on York’s Racial Unrest” series. The forum, free and open to the public, will start at 7 p.m. Thursday, Nov. 21, at Logos Academy, 250 W. King St., York.