What family has at least 8 ways to spell its name? Linked in with neat York County history stuff, June 3, 2012 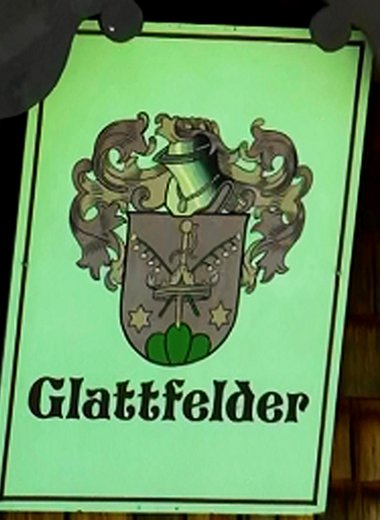 The Casper Glattfelder Association of America is holding their 107th family reunion on July 28-29. It’s no small reunion, considering the size of this venerable York County family. The reunion has its own picnic grounds, near the, yes, Glatfelter Station, stop on the York County Heritage Rail Trail. It has its own website. And even Lori Dudney’s news release with this quiz: Q. What family has at least 8 ways to spell its name? A. The descendants of Casper Glattfelder. Also of interest: The Laux, Loux, Loucks, Laucks, Louck, Lauck, Louks family holds 300th reunion in York.

The Casper Glattfelder Association is calling all Glattfelders – ‘no matter how you spell your name’ – at the “Home Woods” in the Seven Valleys area, Lori Dudney’s release states.

“Saturday evening we start the reunion activities with renewing family ties, food, and we top it off with a concert by the Brodbecks Band. Sunday at Noon we enjoy a catered meal. This year we are looking into how the Glattfelders were involved in the War of 1812. To register and find out more information please go to our web site: www.glattfelder.org. Glattfelder merchandise, and videos of A Visit to Glattfelden, and The 106th Reunion are available for purchase at the site.”

Love receiving emails from York countians living elsewhere. They love keeping up with their former hometowns via ydr.com and yorktownsquare.com.

Ken Rohrbaugh,  krohrb7788@aol.com, of Lakewood, Col., is one of those correspondents.

– “(I) still have my Mom’s files from the York Charrette project – she was active – it was a trying time in York in late 60’s – but was so in many places- in retrospect, was a pivotal era for the City- will never forget watching the moon landing on TV , while Natl Guard vehicles, enforcing a curfew, patrolled the streets enjoy most of the memories – so long ago that Earl Weaver managed Elmira when they played the then Pirates in York – and his star player a young Lou Piniella – and my Brooks Robinson led Orioles were so good … .”

– “I lived at 130 E Springettsbury … and the armored vehicles came down Springettsbury Ave A former classmate and neighbor- Fritz Read is still in York as of last year- an Architect – lived in next block at the time. Dad was an Architect -Associated Arch.& Engineers – offices in S George St – his firm did original work at York College – PSU-York- Out Door CC.”

I wrote Ken that those Charrette files might have some value for researchers. That was a community event in 1970 that is believed to have caused racial healing after rioting the previous two summers. If he ever would have reason to part company with them, he should consider the York County Heritage Trust’s archives. I pointed him to Raul Urrunaga’s Journal of York County Heritage article on the Charrette.

Seeking information: Norma Ford commented an old York Safe & Lock post looking for background on an artist who reportedly worked for Forry Laucks company named F. Garson. She has two paintings dated 1921. If you can help her, contact:  naddi1@verizon.net.

Forum of the day, I: Street Rods are called a ‘Car Museum on the Road’: http://bitly.com/NrP1rW. Pretty good description. Can you top that? Please comment below.

Forum of the day, II: On the Exchange, geologist Jeri Jones prepares an exhibit to the Little League Museum in Williamsport. Do you think it should be relocated to York County after its run there? 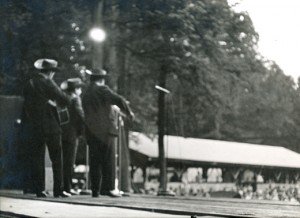 Joan Concilio, over at Only in York County, included this rare photo of Valley View Park, a a long-gone country-and-western venue in Hellam Township. She wrote:  ‘This photo was taken by Jim Goodling. Many of you might remember Jim, who was a longtime commenter. He passed away earlier this year after a battle with cancer, and his wife, Mary, was kind enough to share with me some photos Jim had taken in and around York. You’ll see more of Jim’s great pictures later this week, but I just had to include this one in today’s post.’