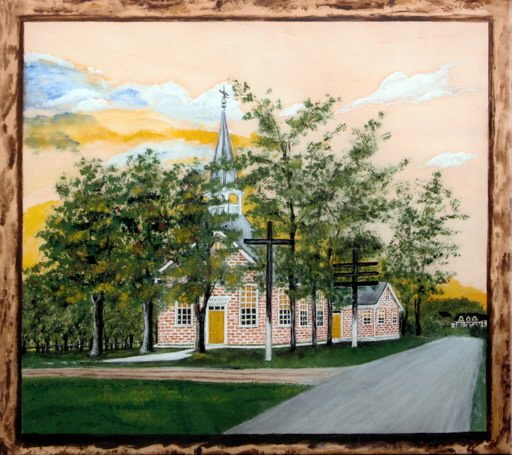 West Manchester’s Shiloh Evangelical Lutheran Church is portrayed by an unknown artist as it appeared in the early 1900s. The rendering was recently donated to the church as part of an anniversary celebration. Also of interest: Where did the trolley in West Manchester’s trolley road come from?

A scholar specializing in places with biblical names, Abraham Blum (see contact information below), recently queried about how the West Manchester Township village of Shiloh gained its name.

That takes us to the history books, and we go first to the gold standard: Charles H. Glatfelter’s “York County Lutherans.” Today, Shiloh Evangelical Lutheran Church is perhaps Shiloh’s most visible landmark. As it turns out, that’s been the case for years.

“On June 25, 1882, Lutherans and Reformed laid the cornerstone for a new union church in West Manchester township. At its meeting in September of that year, the synod admitted Shiloh congregation into membership. The church was dedicated on May 27, 1883.”

Religious activity had been taking place in that area for about 40 years before the dedication. The union church, also known as Neiman’s early on after the original property owner, was dissolved in 1953-54. The Lutherans kept their prominent location along Route 74.

“West Manchester, 200th Celebration,” published in 1999, tied “Shiloh” back to the church.

Michael Brown and Danny Naylor are credited with naming the farming village of Shiloh.

When trolley tracks connecting Dover and York City were going in circa 1900, the pair realized that the tracks would create the need for a station where the trolley crossed Church Road. That crossing would need a name other than “the village near Weiglestown.”

Naylor was a member of Shiloh Union Church, so the name was attached to the village.

Today, the history notes, the village is still named Shiloh.

“There is one noticeable difference – there are many more houses than farms,” the history states.

When the trolley service ended in 1939, the center of Shiloh moved from where the tracks crossed Church Road to the Church Road/Route 74 intersection. Check out that story: A West Manchester Township village center that up and moved. 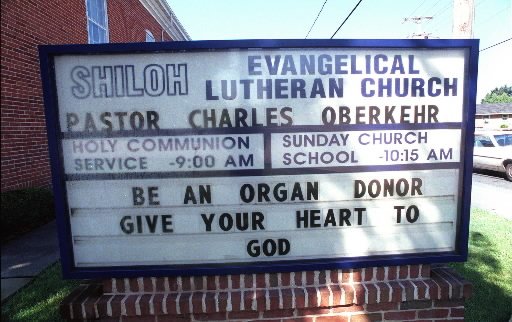 Shiloh Evangelical Lutheran Church stands in this York Daily Record file photo from several years ago at the intersection of Church Road and Route 74 in West Manchester Township.