‘We’re surrounded by beautiful buildings’: Surely, this is York, Pa., at its best 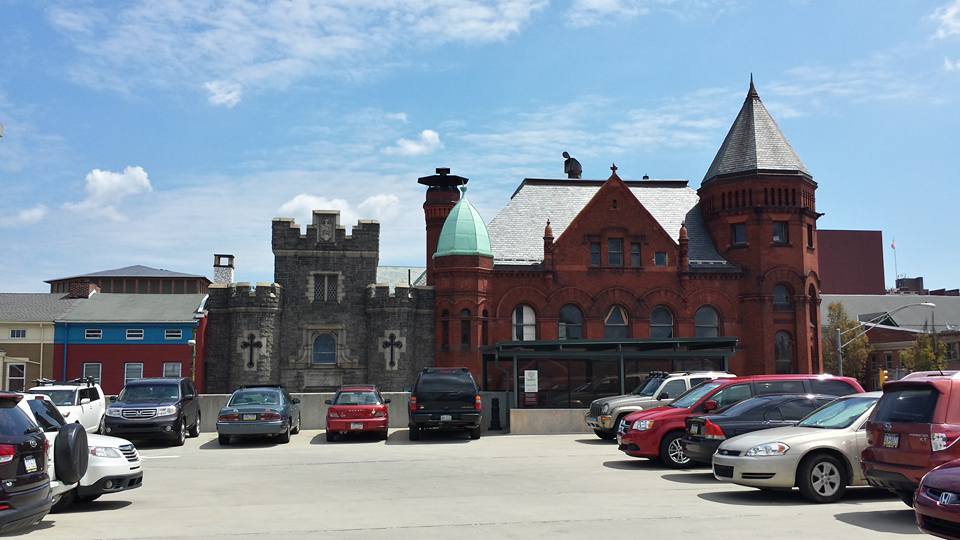 The parking garage across from Central Market is what it is – a cement two story deck. But its upper deck provides a vantage point to show off York City, as this thread on Fixing York’s Facebook page attests. Michael Edmonds posted this memorable view as part of that discussion with the comment: ‘Parked there yesterday and snapped this picture. We’re surrounded by beautiful buildings in York.’ I’ve been up there numerous times, but never took in this scene in quite this way. So that’s York, Pa. It’s a city filled with places – even seemingly common places – that will feed your quest for discovery. Surely, this is York, Pa., at its best. (Michael also has an engaging Central Market scene on his Facebook page.) The big red building was the York Post Office a century ago and the gray building served as a Masonic temple. The buildings at left are part of Royal Square Development. Also of interest: Blue Moon art over York’s Flowering Arts District.

Neat, unrelated stuff from all over … .

Randy Drais, aka Battle of Gettysburg Buff, regularly offers digital looks at the Gettysburg battlefield on Facebook and the Web.

He has an interesting event coming up, a battlefield scavenger hunt.

Here’s what he says about the event on Facebook.

“To help parents and grandparents get their children and grandchildren interested in learning about and exploring the Gettysburg battlefield, join us for a FREE photo scavenger hunt for children ages 8 to 12 to locate and photograph 14 rock carvings and unusual features on the battlefield.”

Ron Wolf HOF quote: “Ronnie Wolf, from New Freedom Pa., would be inducted into Hall of Fame. 101 out of 83 at Susquehannock High School.”

History Mystery: This old building, a bit off the beaten path in #YorkCountyPa, is an old railroad hotel that now serves…