The original part of the Friends’ meeting house in Warrington Township, Pa., was erected in 1769. The Northern York County congregation doubled the building’s size in 1782. It’s one of three such Quaker-built structures standing today across York County’s northern tier. Background posts: Of Pennsylvania’s conscientious objectors: The ‘other side’ of the Civil War and Quaker horticulturalist Jonathan Jessop was 19th-century York County Renaissance man and Gladys Rawlins, ‘Black History Profiles.’
“Welcome to those attending our meeting for the first time,” the church bulletin said.
Well, it wasn’t exactly a bulletin, but a half-page explanation of what transpires at the Warrington Friends Monthly Meeting at this northwestern York County building.
And it wasn’t exactly a church either. It was a meeting house, or meeting, home of the Warrington Friends Monthly Meeting. That would be a Quaker Meeting, a lovely stone structure visible to all amid beautiful scenery on Route 74 between Wellsville and Dillsburg.
The term “Meeting” is used by Friends to designate their place of worship as well as the worship service itself,” the explanation or statement said.
For those who wonder what Quakers do in their service, here’s the order of the Warrington service:
–

– No signal is given to begin the Meeting, and the assembly takes place silently and prayerfully.
– The worship is in silence as those assembled wait for God to speak to each individual directly.
– The entire service might be in silence, but someone might provide “vocal ministry.” “If that happens, individuals stand up and deliver their message aloud,” the statement said.
– At the end of an hour, the clerk of meeting shakes hands with a person nearby. All members then shake hands and the worship concludes.
“This represents our focus from inner reflection to reconnection with the outside world – reaching within for turth, to reaching out to others,” the statement said.

Although no signal starts the service, the hour-long Sunday gathering is slated to begin at 11 a.m.
The name of Stan Jones, clerk of meeting, is printed on the statement. For those with questions, he can be reached at 717-432-7402.
For additional posts about religious themes in York County history, click God & York County. 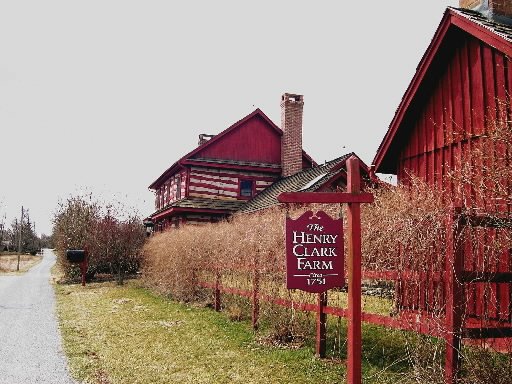 Warrington Township has many historically significant houses. Dianne Bowders submitted this photo to the YDR, writing: ‘Henry Clark and wife Elizabeth Underhill Clark, of Chester County, arrived in Warrington Township where they built a saw mill in 1748. The lumber for the original York Courthouse was processed at the mill.’