Want a wax figure from the Civil War? Paraffin soldiers to be auctioned off in Gettysburg

Linked in/Neat stuff: World War I revisited/Pinewood Derby from the past 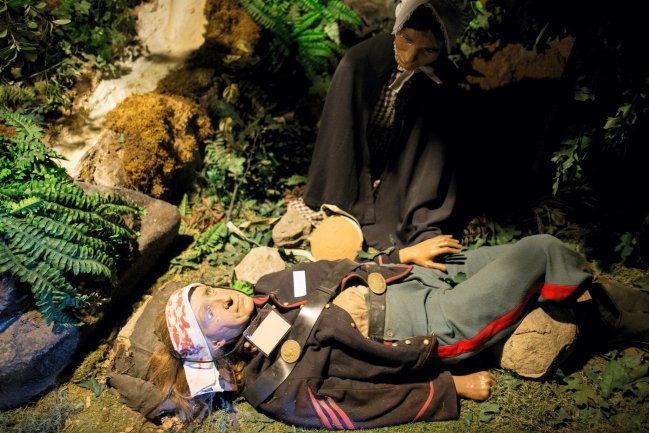 This is pretty darn interesting. The Gettysburg Heritage Center, still known to many as the American Civil War Wax Museum, is doing some remodeling so some older exhibits will be auctioned on March 15. That includes many wax figures. Those lifelike artifacts would give you a jolt if you ran across one in somebody’s dark basement. ‘The paraffin soldiers of the American Civil War Wax Museum at the edge of the Gettysburg battlefield have stood stiff guard over the past for more than 50 years,’ the Evening Sun in Hanover report. ‘But the frozen tableaux are melting away, to be auctioned off to make way for the more fluid, interactive history of the 21st century.’ Check out this photo gallery from the Evening Sun in Hanover. For more details, see: Gettysburg Heritage Center. Also of interest: Civil War affected women in York and Adams counties – and vice versa.

World War I, the Great War, can be easily overlooked.

So when YorkTownSquare gets an opportunity to highlight a moment from that war, we do so. Such as when Barbara Mayer wrote about trees planted around York County to honor WW I vets:

“I was so happy to see your article about the beautiful Sycamore tree memorial for WWI veterans. My father always reminded me about the importance of these trees to the history of York County as we drove down the Old Trail so many years ago. He was a WWII veteran, and was so proud of this…still living…memorial that was presented to the people of our York County. Out of respect, these trees were to be kept alive by our community for years to come. Sadly, York County does not honor this loving tribute, nor does it desire to preserve it’s life. How nice it would be to see old pictures of this event as it experienced back in the 1930’s.”

Does anyone out there have such photos? 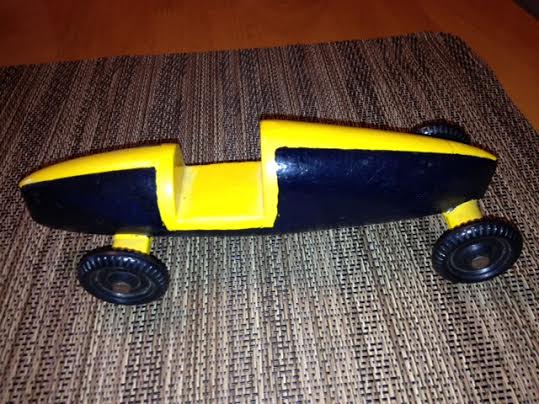 For more about the Pinewood Derby, 21st century style, check out this YDR.com photo gallery and this story: York County Scouts race at annual Pinewood Derby.

“George Washington Carver and Booker T. Washington, two of the foremost African-American leaders of the late 19th and early 20th century, were born slaves. They were ordinary men engaged in creating educational opportunities for disadvantaged students who were eager to learn.

“Carver and Washington shared a belief that education and hard work could overcome any disadvantage. They inspired a generation to strive for success against all odds. You can celebrate the lives and legacies of both men at Tuskegee Institute National Historic Site, on the campus of Tuskegee University.”

Easily forgotten: This FB post tells an interesting story. The man in the frame was Mr. Big around York County 100 years ago. But our astute Facebook readership has not yet identified him. They’re interested in who he is because they’ve clicked on the linked. Maybe some who know don’t want to spoil for the rest of the YDR Facebook readers? Actually, I sure he’s become an unknown. This would have unsettled this man of accomplishment, who was not shy about letting people know of his achievement.