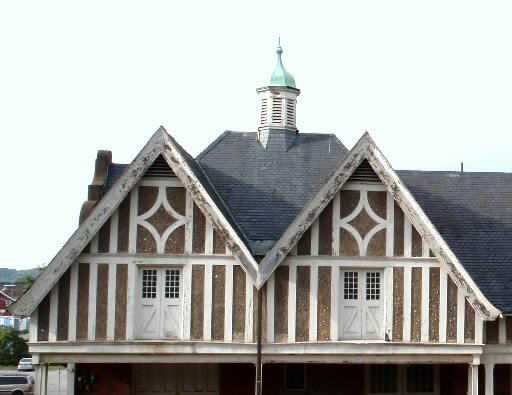 The work of Dianne Bowders appears again on YorkTownSquare. This one captures a familiar Dempwolf design in York, Pa. But not a mansion this time. Here is the York Township resident’s description of the building above:  ‘John Augustus Dempwolf, born in Germany and educated at Cooper Union Institute, changed the face of York with his prolific architectural designs. During the 50 years that J. A. was designing for his firm, more than 600 buildings are credited to him, his brother Reinhart, and son Frederick. The firm was active in York from 1874-1920. This Dempwolf designed carriage house now serves as a maintenance facility for Prospect Hill Cemetery, York, PA. It is located adjacent to the main entrance on North George Street.’ Also of interest: Same cemetery. Another Bowders photo. Another Dempwolf design.

Interesting things from all over … .

The Zachary Clouser Bridge in Dover has been dedicated in recognition of the fighting man from that area who was killed in Iraq.

The naming of he bridge comes from state legislation to rename spans after heroes.
+++ 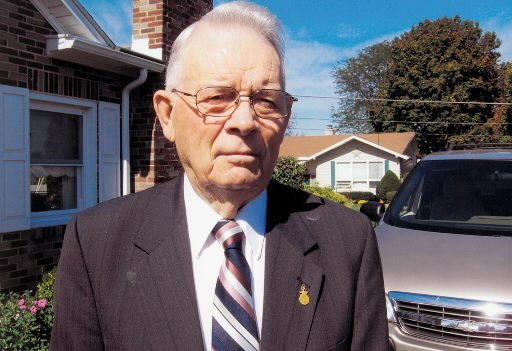 Dr. Charles Drawbaugh, professor emeritus at Rutgers University, was honored with a 90th birthday party recently in Dover. Drawbaugh’s life legacy began at Dover, and took him around the world, a York Daily Record story about the noted agricultural teacher said.
+++ 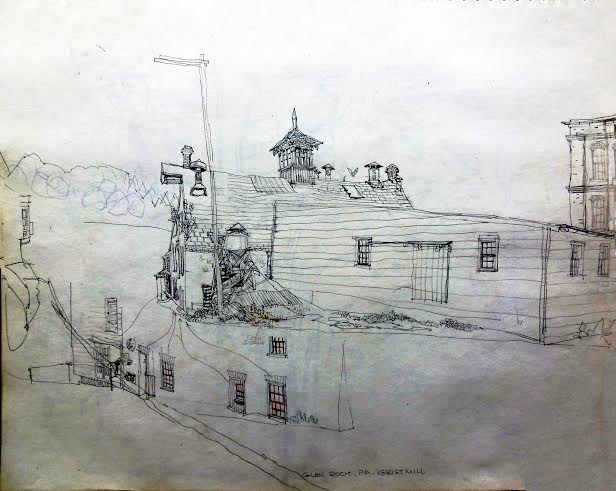 Artist Cliff Satterthwaite wrote this about his artwork of the mill in Glen Rock: ‘I believe I talked about my easel almost “bumping” cars as they travel down curvy entrance to Glen Rock?’

Can anyone guess the named location of this conglomerate outcrop in york county? pic.twitter.com/K184Nyv5Mr