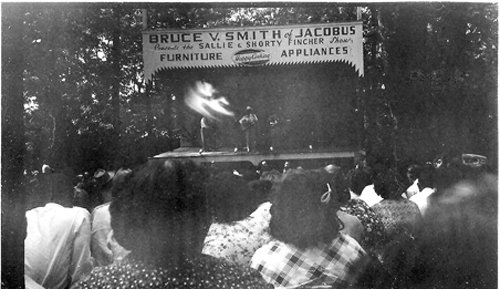 Photographs of performers – and the crowds – at Shorty Fincher’s Valley View Park in Hellam Township are not commonly seen around York County. So we can thank Yorkblogger Joan Concilio for putting information about the country-and-western venue on her blog. And we can thank Gloria Miller for presenting this view of unknown performers on stage here and other views of the park below. Roy Rogers, Elvis Presley, Johnny Cash, and other greats performed on the stage in this remote eastern York County location. ‘We grew up on country music,’ she wrote. Part of the old venue is now a Jehovah Witness Hall. Also of interest: On the happy trails of Shorty, the Prairie Pals and Raw Hide, York County, Pa., entertainment icons.

“Who knew Honest Abe was such a romantic?” a release from the auction house states.

Well, we know he was involved with vampires, right?, so there’s a lot about Abe we don’t know.

The auction at the Denver, Pa. auction house is June 8-9.

A high-profile sub: York County’s own Jeff Koons is reportedly on list to guest substitute teach in New York Public School. Someone who saw the news item in the New York Times wrote: “Wouldn’t it be cool if Jeff Koons would do something like this in York Co… . ”

Landmark trial: Steve Stetler, a prominent member of a long-time prominent York County family, is on trial in Harrisburg on charges of misappropriation of public funds. This is one of the biggest criminal trials involving a York County appointed or elected public official in recent years. Whatever the outcome, history will remember it.

Blog post of the day: Buffy Andrews at Buffy’s World comments on the Google Doodle celebrating the 79th anniversary of the first drive-in theater. This area has one left – Haar’s near Dillsburg.

Forum of the day, I: Tourist camps like Besser’s on old Trail served as welcome stops for motorists: http://bitly.com/L5tDrK. Did you ever stay a night in a tourist cabin, many with central showers and restrooms. Please comment below.

Forum of the day, II: June Lloyd has raised a good question that sleuths in this group might solve. That Penn Park fountain of Rebecca? It is said to be resting in a barn or some other storage site somewhere in York County. Can we locate where it is today? Comment below or check out the Preserving York Facebook Group. Meanwhile, June has posted more info on the fountain,with wonderful postcard views, on her Universal York blog. 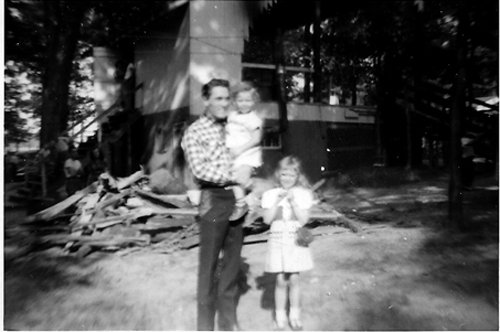 Gloria Miller, gloriamay16@comcast.net, sent the photos above and below of Valley View Park with the notation: ‘I found the Valley View Park pictures, I don’t know who the singers are any more, maybe you or someone else can tell me. The children are me Gloria Ehrhart Miller and my brother Gary Ehrhart is deceased now. We grew up on country music.’ Gloria says the entertainment with the big white hat is Ernest Tubb. 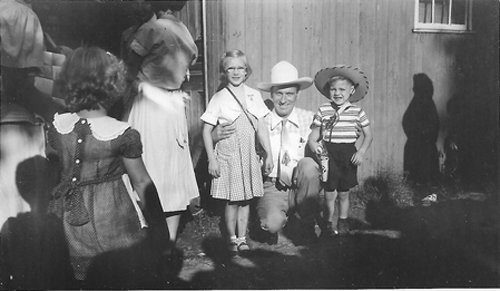 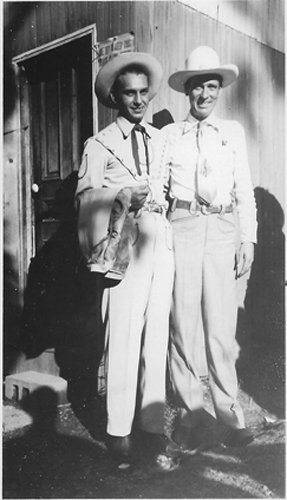