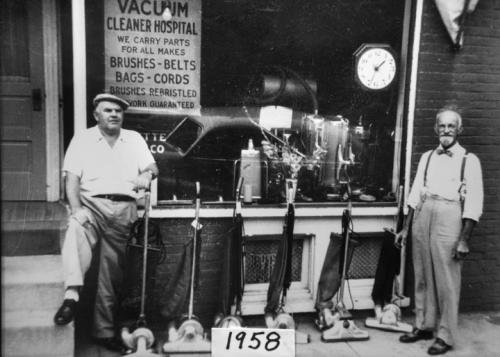 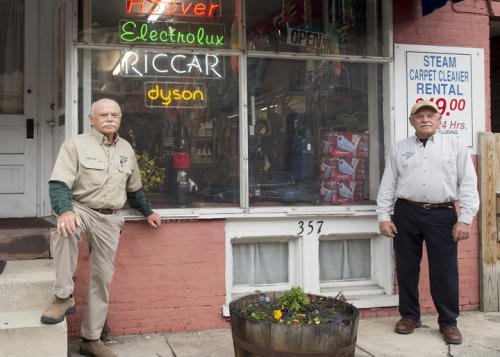 And here, Charlie Miller, left, and Dave Miller replicate that photo in April. The business was founded in 1928 and has been in the Miller family since 1958. About the business, Charlie Miller told Paul: “I could say it sucks and blows, I guess, but other than that, everything is fine.” Then he  added with a laugh, “They keep trying to reinvent the vacuum cleaner, and that is what they (vacuums) do, they move air.” Also of interest: Orange Car on York’s Roosevelt Avenue: Workers sometimes shoveled fruit out of box cars.

Haar’s Drive-In in Dillsburg, the only outdoor movie theater for miles around, has posted several interesting theater facts on its website.

Here are four about the 60-plus-year-old drive-in, now open for the season:

– Did you know there are 33 Drive-in Theatres in Pennsylvania and 368 in the US?

– Did you know HAAR’S Drive-in is now DIGITAL??? This was a major decision for us and we look forward to serving our community for many years to come!!!!

– Do you know that the 3rd generation is now running the business? This would be Vance Haars 3 granddaughters and their spouses. Which now are including their children and grandchildren. Making this the 4th and 5th generation.

– Did you know that when the drive-in was first built it ran year round?

How well do you know New Freedom?Post your score in the comments! 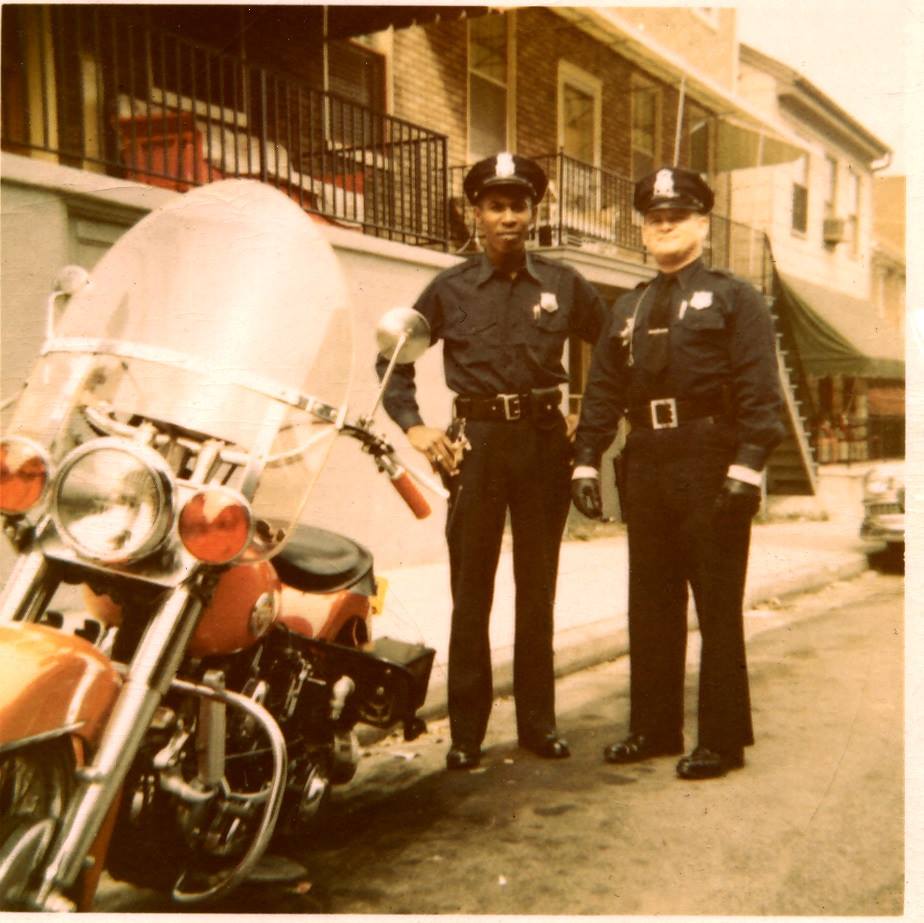 Wayne Ruppert Jr. posted this photo over on my Facebook page in response to a photo quiz about Tom Chatman. He provided some interesting background:  ‘Here’s a pic of my Dad, Wayne Ruppert Sr with Tom Chatman, c 1960. They played together as kids, joined the force about the same time (1955), and worked together as patrolmen. When Dad was Police Chief, Tom was one of his Captains. When Dad retired in 79, Tom replaced him as Police Chief (after Potter departed!).

History Mystery: This photo roster of the #YorkPa City Police Department in 1973 is one of many law enforcement-related…