Use these stories to show off your York smarts 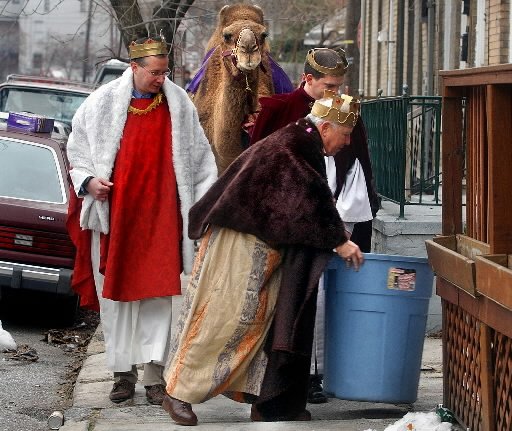 ‘Sometimes even wisemen have to do grunt work.’ So says a caption in this 2003 photograph showing Larry Gross moving a garbage can to make way for the parade near St. Paul’s Lutheran Church in York. St. Paul’s, York’s first Lutheran congregation to worship in English, is celebrating its 175th anniversary this year. Also of interest:  St. Paul’s Lutheran’s members worshipped on day Rebels invaded York, Pa. – at least 8 of them did.

The public official’s query has been on my mind since he posed it.

What are some fun – or serious facts – about York County that people can use in speeches.

Or just in entertaining family and friends.

Well, here are five to start with (and five more to come on Thursday):

Q. Who are the most prominent state and federal officials from York County?

A. Many people remember the only person from York County to sit in the Pennsylvania governor’s seat: George Leader from 1955 to 1958. On the federal level, Jeremiah Sullivan Black served as U.S. attorney general in James Buchanan’s administration. Buchanan’s link to York County deserves a mention here. Early in his political career, the district of U.S. Congressman James Buchanan included York County.

A. They came in two separate wars: The Continental Congress adopted the Articles of Confederation here in November 1777. That document served as America’s framework of government until the adoption of the U.S. Constitution.

Q. What is the best known voice from York County in contemporary America?

“In the criminal justice system, the people are represented by two separate yet equally important groups: the police who investigate crime, and the district attorneys who prosecute the offenders. These are their stories. . .”

Q. Who is the most prominent York countian who works with his hands?

A. The work of  artist Jeff Koons, who hails from Dover, is listed  in contemporary art circles at Andy Warhol’s level. And pieces of his art are valued at the same level as Warhol’s – seven figures.

Bluegrass legend Del McCoury is a strong runnerup for this hands-on honor.

Q. York County has German roots. When did English supplant them?

A. A moment pointing to that transition came in the 1830s when members of German-speaking Christ Lutheran withdrew to form St. Paul’s Lutheran Church congregation, which worshipped in the English tongue. German or Pennsylvania Dutch dominated some church services in York County until the World War I era. A German-language newspaper operated in York County until the early 1890s.

Today, some York countians can speak Pennsylvania Dutch and hold classes at Providence Place and elsewhere to continue the tradition.

Providence Place, by the way, is owned by George Leader, who entered the retirement community business after his stay in the governor’s mansion. 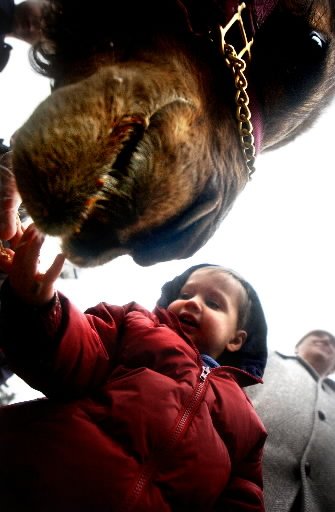 – A whole bunch of Quizzes and fun facts.

– Here’s one of those quizzes: 20 questions to prove your York Smarts.