Up for auction: One historic 14-room Adams County home built in 1760 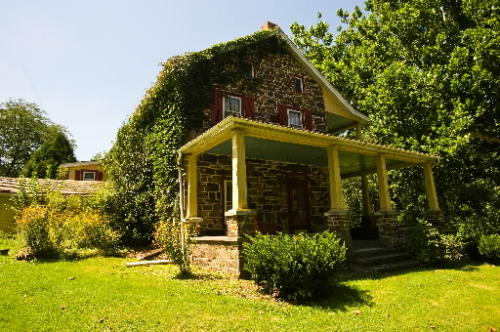 This  14-room 1760 home near York Springs, Pa., formerly housed overflow lodgers from York Springs Hotel, the resort that gave the town its name. The 11.86-acre estate is up for auction on Aug. 24. Harry and June Seifert, founders of Winter Garden Salad Company in New Oxford bought the farmhouse in 1970 and began restoring it, according to the Hanover Evening Sun. (See additional photo below). (Update: The estate sold for $335,000). Also of interest: The American hobo came to York Springs.

York Springs’ name make it one of the region’s most misunderstood towns.

It’s not a suburb of York.

It’s not even in York County.

It gets its name – its last name at least – from the popular 19th-century resort that attract visitors from miles around, from states north and south.

That resort no longer exists, but the town is nestled in one of the region’s most beautiful areas.

A day trip in the making. For details, check out the Ye Olde Sulphur Spa Historical Society’s website. 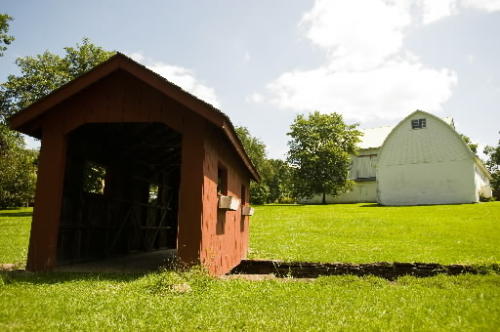 In addition to the 1760 farmhouse, the Seifert property houses a barn and several relocated buildings – Latimore Township election hall, a replica general store, a log cabin and a one-room schoolhouse from York County. This covered bridge crosses Bermudian Creek. Also of interest: York Springs is a town in change, but what’s new?