More stuff below: Unsung bookstore/The rock in the photo/Genealogical findings 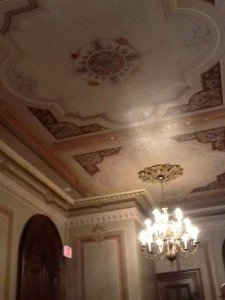 Many people have seen the York Water’s Co.’s ornate ceiling. Not as commonly seen is this art in the Brownstone, part of the Martin Library in York. This was unveiled in a Hidden Art of York tour, covered by York Daily Record/Sunday News journalist Erin McCracken recently. ‘I’ve been covering the arts in York for about five years. I’ve attended many events, gallery openings and concerts. During my time here, I also learned about its history and found some hidden gems. So, when I decided to cover this Downtown Inc-led tour, I doubted I would learn much. I was wrong,’ Erin wrote. Check out her coverage of the tour via a neat application called Storify: Hidden Art. (See additional art from the tour below.) Also of interest: Check out these facts, photographs about York Water Company’s ornate building.

Still on the topic of tours, Blogger Blake Stough writes about a fascinating journey, complete with photographs, over at Preserving York.

In a 2011 post, Blake posted a photograph of family members on and around a rock the Gettysburg Battlefield.

Well, Blake set out to find that very same rock. Did he find it? Check out: I Was Sergt Major 11th US Infantry At Gettysburg. 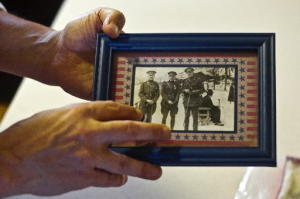 Hanover-area residents are enjoying the results of their historical research. Here, Matt Conn points to a relative who served in World War I. Check out: Genealogy work brings more meaningful Memorial Day.

Historical house: James Fritz of Abbottstown lives in a house with a deep history. And this Adams County landmark has been recognized for this past – a past that goes back to the American Revolution – recently.

Recommended blog post: Cannonball’s Scott Mingus points out a bookstore that some folks around here might not know about: Cupboard Maker Books of Enola. I love learning about this unsung treasures.

Forum of the day, I: Just in time for Memorial Day cookouts, Bury’s secret recipe as published in the York Sunday News. Check out: http://bitly.com/KtJWP1. Remember Bury’s with that red sauce slathered all over it? Ever taste a better burger?

Forum of the day, II: After PennDOT finishes work on the I-83/Mount Rose intersection, it will shift to the interstate’s congested Route 30 intersection, with its short ramps and all: http://bitly.com/Kv4Iha. Do you agree with this priority? Are you one who avoids Route 30 at all cost? Let us know what you think in commenting below. 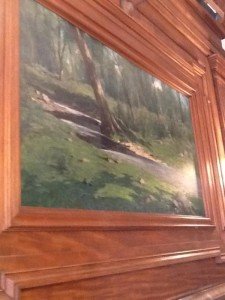