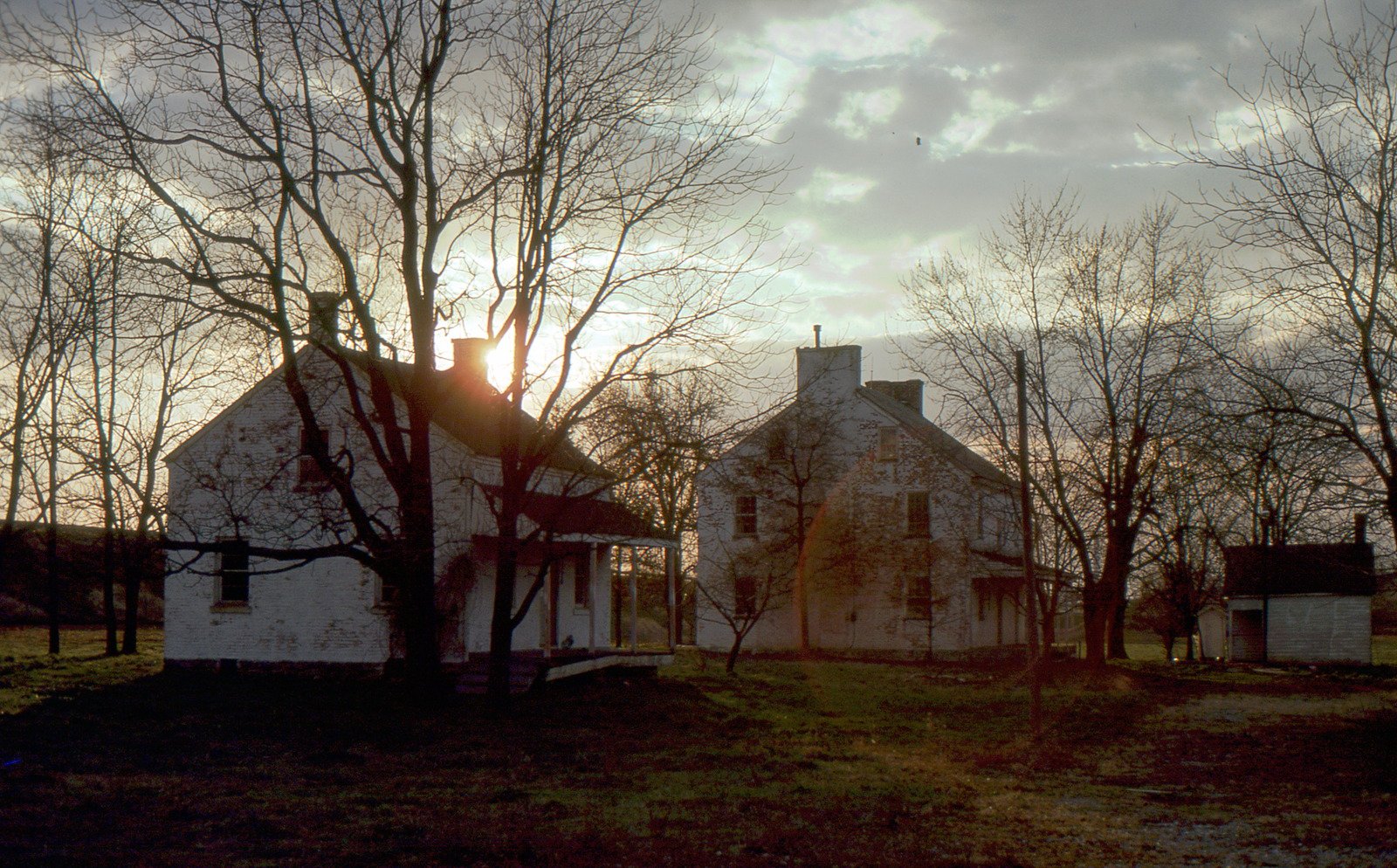 Artist Cliff Satterthwaite labeled this photo as Avalong Homestead. I thought the Meadowbrook, now Christmas Tree Hill in that popular corner of Springettsbury Township deserved that label. So I asked the reigning expert on the township, Yorkblogger Stephen H. Smith for some help. As usual, he came through: ‘These are buildings on the farm just east of the Meadowbrook (Avalong) Mansion & Barns. The pictured farm was tucked in the southwest corner of Mt. Zion & Whiteford Roads; right across from the Avalong Dairy Bar. I guess Cliff thought it must have been the Avalong homestead since it was much smaller than the Avalong Mansion, however it was there long before Alva Long acquired the properties in 1950.’ Stephen said BAM & BigLots! now stand at this location and pointed out that a Satterthwaite-provided 1973 photo, with a longer view of the same site,  can be seen in this YorksPast story. Stephen also noted that built-up earthworks for the Route 30 bypass, as it’s still called, can be seen in both views. Interesting that recently another corner in Springettsbury – Mt. Zion and Route 462 – has also drawn a developer’s attention. Check out these additional drawings from Cliff Satterthwaite. Also of interest: This Springetts corner bears witness to a changing York, Pa. 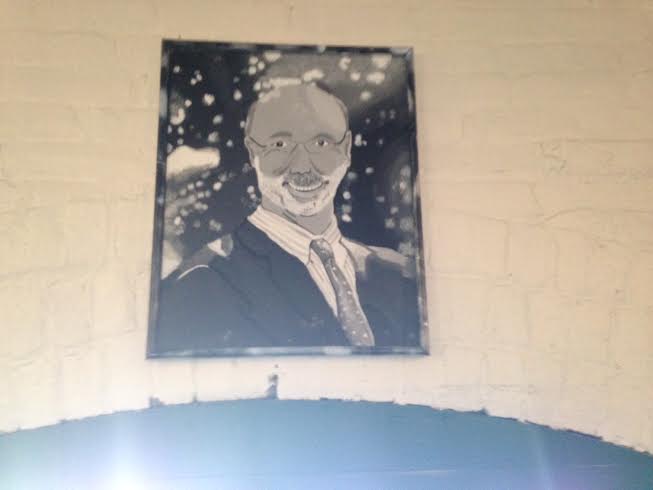 Well, we can’t say this is his official rendering, but it could be the first. It hangs in the balcony or galleries in York’s Central Market in Tom Wolf’s home county of York.
+++

Musclecar Madness winds down:  The annual vintage car show might have displayed its last racer. Many will miss it, as they do the U.S. 30 Drag-o-Way at the York Airport, which inspired it. Imagine this: thousands of people attending racing in an evening 50 years ago at the airport.  ‘On Aug. 7, 1965, more than 20,000 people traveled to York’s U.S. 30 Dragway for the first Super Stock Nationals,’ a FlipSidePa story states. ‘Now known as the “Woodstock of Drag Racing,” the event was the largest one-day drag-racing event in the country, which lasted until 3 a.m. Aug. 8.’ 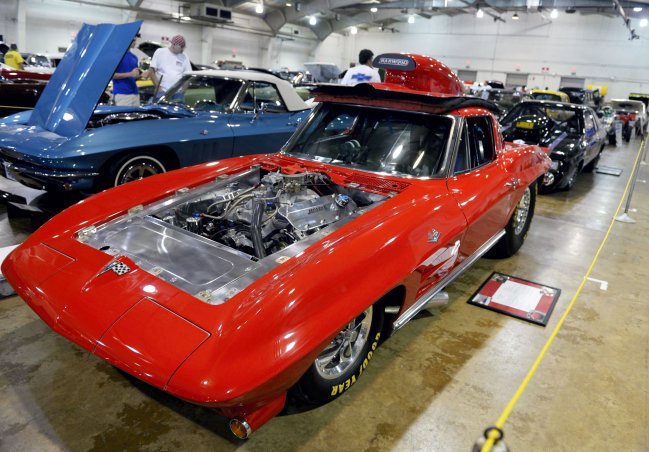 Many have dreamed about owning a Corvette. Well, Gary and Beth Swenson brought their 1963 Chevrolet Corvette to Musclecar Madness last year. The show wrapped up – perhaps for the last time – on Saturday.

York likes to eat: So take this quiz – How well do you know York County’s famous foods? Utz is in there, as is the topic of the History Mystery quiz below – Bricker’s Fries. 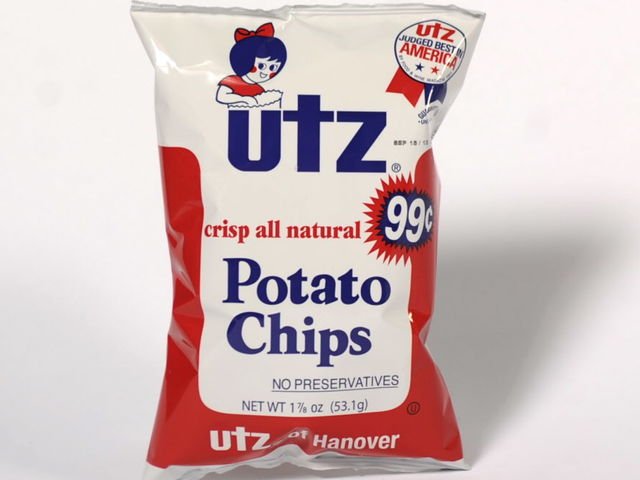 History Mystery: If you’ve been around #YorkCountyPa for even a short time, you’ve probably enjoyed Bricker’s Fries…