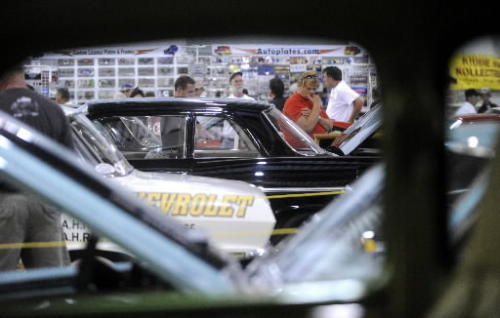 Remember the U.S. 30 Drag-O-Way? The dragstrip, operating at the York Airport in Thomasville, was the place to go on Saturday nights. It closed in 1979, but it lives on in the lives of the many car clubs around York County and the Musclecar Madness event every July at the York Expo Center. York County’s love for its wheels was a featured spread in a recent York Weekly Record: Cruising with the car clubs.This year’s event will be July 12-13. For more information, visit yorkus30.com. Also of interest: Check out the year that Don ‘Big Daddy’ Garlits visited Musclecar Madness – U.S. 30 Drag-O-Way, Part I: ‘It was a great way to spend Saturday nights around here.’

Maybe our love affair with our cars began because York County’s agricultural, crossroads community had so many wagons. Then about 100 years ago, we put engines on those wagons to produce automobiles. (For more on this topic, see:   When a York, Pa., Pullman automobile became a seesaw.)

But this match made in heaven come through with clarity in the Weekly Record’s story on York countians and their cars, which begins like this:

John Hess recalled a simpler time, when York County had fewer rules and excitement to spare.

“Drag-racing downtown was insane,” he said of the area then known as “the circuit.”

He also talked of the York U.S. 30 Drag-O- Way that operated at York Airport for roughly two decades and closed in 1979.

“They would stop racing for a plane to land . . . then go back to racing,” said Hess, a York County native. “It was a lot of fun.”

Today, Hess and his wife, Hillary, of Wind sor Township own cars including a 1955 Thun derbird.

John Hess is secretary of the York Antique Car Club, which is 53 years old. He’s been a club member for more than 30 years.

Read the rest of the story at: Cruising with the car clubs.

For more on this love affair, see yorktownsquare.com’s Wheels of York County category. 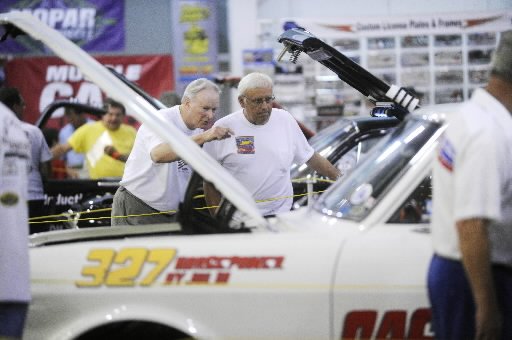