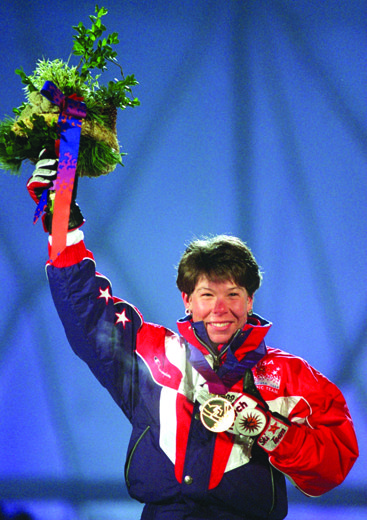 Olympic Gold Medal skier Diann Roffe’s home mountain stands in York County – Roundtop Mountain Resort in Warrington Township. In fact, she moved to the region about 12 years ago to teach clinics at Ski Roundtop and other affiliated resorts. A display at Ski Roundtop shows her Olympic skis and memorabilia. A feature story (and this photo) of the winner of the 1994 gold medal appears in the January/February of Smart magazine. (See photo of second celeb below.) Also of interest: ‘Roundtop Mountain among highest peaks in York County.’

Linked in with Martin Luther King’s birthday, The Patriot-News explored the number of posts held by African-Americans in local, state and federal government in Pennsylvania.

“The mayoral landscape fares no better,” the Patriot-News reported. “Pennsylvania has just three black mayors: Michael Nutter,  who was just re-elected to a last term as mayor Philadelphia; and Kim Bracey and Linda Thompson, the first African-American and female mayors of York and Harrisburg, respectively.

Read more about the Patriot-News’ findings.

You’ve seen these before: But just try to resist looking at them again. Photos of York, Pa., in the 1960s from the air.

Historic building for sale: A limestone building in downtown Lebanon known as the home of George Washington Tavern in on the market. Patsy Fagan’s Irish Pub now occupies the first floor of this landmark.

John Wright’s Restaurant: I’ve always wondered what the past use of this Wrightsville landmark. A recent York Daily Record/Sunday New story shed some light:

“The Wrightsville House was built between 1806 and 1812. It was used as a hotel for travelers crossing the Susquehanna River on Wright’s Ferry or over the first bridge built in 1813-1814. The site of the restaurant is a warehouse built in 1916. Seven years later, B. Edmund David installed a silk mill on the site.”

Forum of the day: The York Daily Record/Sunday News’ Remember series is asking: Do you remember video arcades? 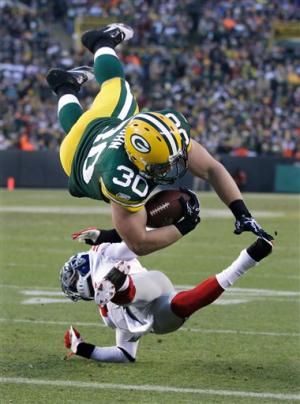 John Kuhn of Dover, Shippensburg and the Green Bay Packers had a bittersweet game on Sunday described by this headline: ‘Packers fall to Giants, 37-20, as Dover grad John Kuhn scores, fumbles and injures knee.’ This AP photo shows a sweet moment – Kuhn scoring an acrobatic touchdown.