This photo combines the beauty and the grit of the Susquehanna Trail. This ice is colored gray with road grime along the Trail in William Kain County Park. Background posts: Hames made in Shrewsbury Township’s Hametown fueled early American horsepower and Once popular Ganoga Bridge now lightly used York County landmark and Whatever happened to York County’s Hungerford?.

The Susquehanna Trail enters York County in Fairview Township in its northern tip and exits in Shrewsbury Township at the Mason-Dixon Line.
It’s beauty is well-known, and it still serves a pleasant Sunday afternoon drive.
But last Sunday, later in the day, its dangers emerged.
A boy was killed after he was struck by a hit-and-run vehicle in Springfield Township.
The hilly, curvy, still heavily traveled road has long been a source of accidents.
What is the Susquehanna Trail – often called the “Trail” – and where does it run?… .

Thousands of gallons spill from a full Lake Redman into Williams after the remains of Hurricane Floyd dumped rain on York County earlier this decade. The cars in the background are stopped on the bridge on the crowded Susquehanna Trail over the spillway.
Before Interstate 83 was completed in the 1950s, it was the major north/south route through the county.
The following from York Daily Record/Sunday News files gives notable Susquehanna Trail points, north to south: 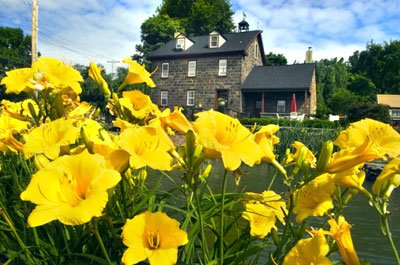 A scene from Fairview Township, where the Susquehanna Trail enters – and exits – York County.