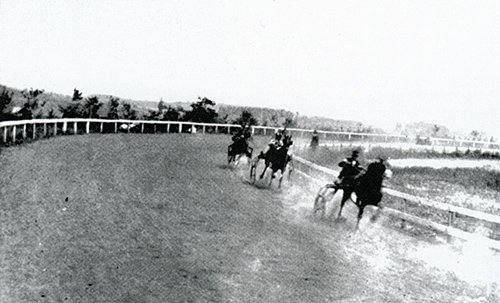 A Facebook friend, Jeff Rohrbaugh, asked some questions about York County’s past that I didn’t immediately know.

“Did you ever see any pics of the Shrewsbury Race Track?”  he wrote. “Also, any information as to the exact location?”

I turned to Bob Ketenheim’s “Around Shrewsbury” for answers. And there they were.

Three photos of the track, with caption information about the old raceway north of Shrewsbury.

It’s not surprising that there’d be interest in an old horse racing track. Hanover Shoe Farms became world renowned in producing standardbreds about a decade after the Shrewsbury track closed.

So here are two more photos of the Shrewsbury Trotting and Driving Association’s track … . 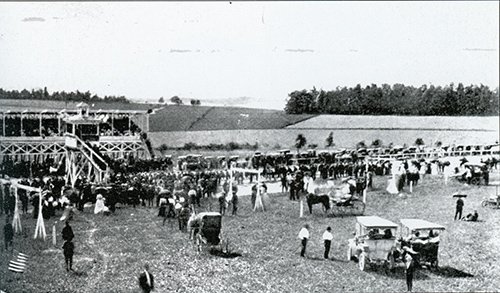 The track opened in 1903. It operated on the west side of North Main Street, near the present site of the Assembly of God Church. 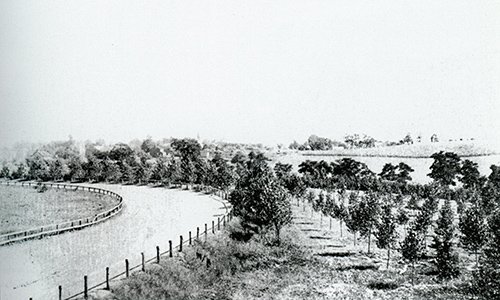 The track was so long that an infield provided room for baseball, picnicking and – this is interesting – a shooting range. It’s not exactly know why the Shrewsbury Trotting and Driving Association – and its track – folded. ‘Some sources cite a fatal accident on the track and the resulting decline in enthusiasm for the sport,’ Ketenheim wrote.

– Shrewsbury: Home to well-known people, but transportation has defined the town