York County, Pa., has a lot of deserted places once in spotlight 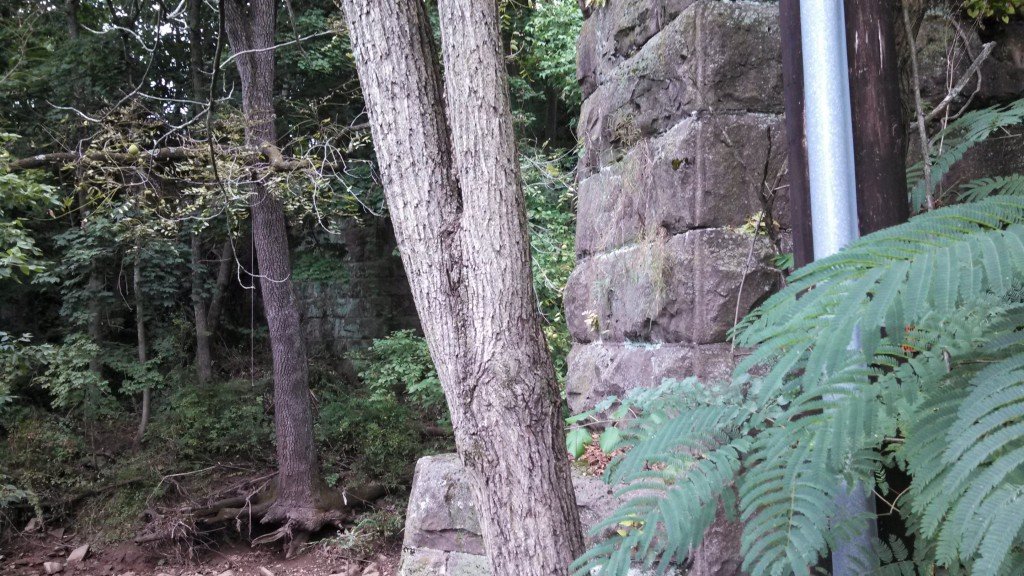 These piers are all that remain of a trolley bridge near Green Valley Pool in West Manchester Township, Pa. The far-ranging trolley system, which ended in 1939, sprawled over York County. As the trolleys passed up Trolley Road from York to Dover, they crossed Church Road at Broad Street. That crossing formed a kind of town square for Shiloh, which moved to Church Street and Carlisle Road when the trolley quit running and Route 74 was improved. Trolleys then descended into the little valley crossed by Poplars Street. This bridge spanned the Little Conewago Creek, providing part of the grade for the trolley to climb and then head to Brookside Park and then Dover. Also of interest: Brookside is the last remaining Electric Park.

This video shows the relationship between the trolley bridge piers and Green Valley Pool. Also of interest: Where did Trolley Road’s name come from?

Bonnie Miller inquired about photos of the 1950s pavillion that sat on the land that Ferguson School cover today.

“I remember having picnics there when I was young,” she wrote.

I responded: “Bonnie, you’d have to go down to the York County Heritage Trust archives to track down old photos. The White Rose Amusement Park file would have all kinds of photos of that sector of the city! Here’s a sample from June Lloyd’s blog: White Rose.

“Strike up the band! Papergreat has made it to its 200th post! I told y’all I had a lot of ephemera tucked away, waiting to be researched and shared,” blog operator Chris Otto wrote.

“To celebrate this milestone, I’m blowing out the budget and bringing in the biggest stars of ephemera for today’s post. So, without further ado, here are (drum roll) Casper the Friendly Ghost, Jerry Richardson, David McCallum, Elvis Presley, R2-D2 and some chickens.”

Art & bikes? Yes, Harley-Davidson motorcycles are part of a display at YorkArts, an exhibit illustrating the blending of people who work with their hands – artisans and craftsmen.

KKK won’t go away: Even the shutting down of the Gettysburg National Military Park won’t stop the Ku Klux Klan’s demonstration there – reportedly. We’ll see if they show; the Klan is famous for such. Thank heavens.

Boy, you hate to see our grand York County barns go up in flames for all kinds of reasons, including the fact that they don’t make them like they used to.