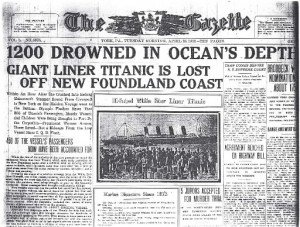 For months, years, I’ve put forth three York County ties to the Titanic.

Now tireless researcher and fellow blogger June Lloyd has come up with two other links.

She found the story of James Raby, who was heading back from gold mining in South Africa with his new wife, Nellie, in 1912. They were originally ready to steam to America on the Titanic, but because of delays, choose sister ship Olympic instead. The couple later settled in York Township’s Ore Valley.

Then, she found an account from York Daily Record columnist Jim Hubley about a meeting in York with Millvinia Dean in 1998, the last survivor of the Titanic. No, Millvinia did not like the then-new movie ‘The Titanic.’

For a ton of links and photographs about the Titanic, check out this list on ydr.com. 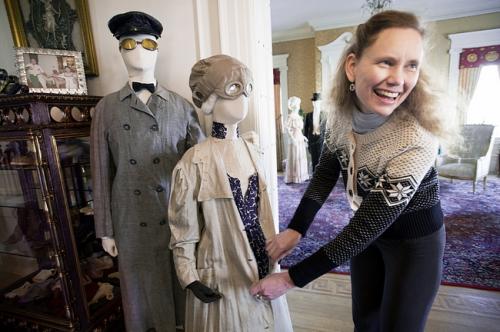 The exhibit, ‘Titanic Fashions: High Style in the 1910s,’ is available to the public through April 29 at Hanover Area Historic Society’s Warehime-Myers Mansion. Also of interest: York native star witness in court case after Titanic sinking.