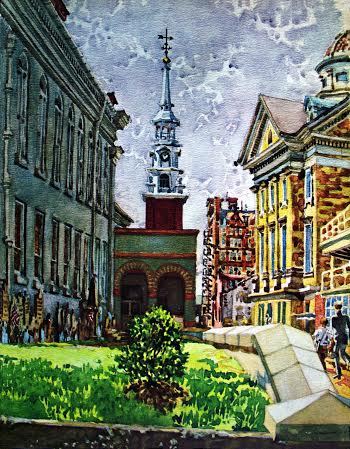 This view of East Mason Avenue gives a moment to observe change since artist Cliff Satterthwaite captured this scene 30 or more years ago. The then-York County Courthouse, at right, is now the York County Administrative Center. Judicial functions have been moved to a new courthouse on North George Street. No congregation regularly meets in Zion Lutheran Church, left. Its members moved to a new house of worship in Manchester Township. The Yorktowne Hotel’s parking garage, near right, is currently closed for safety reasons. In the artist’s day, it was operating at full speed. But some things are the same. Christ Lutheran Church remains an active part of the downtown, its tall steeple rehabbed in the past 10 years. Also of interest: German or English?  York County, Pa., churches disputed language 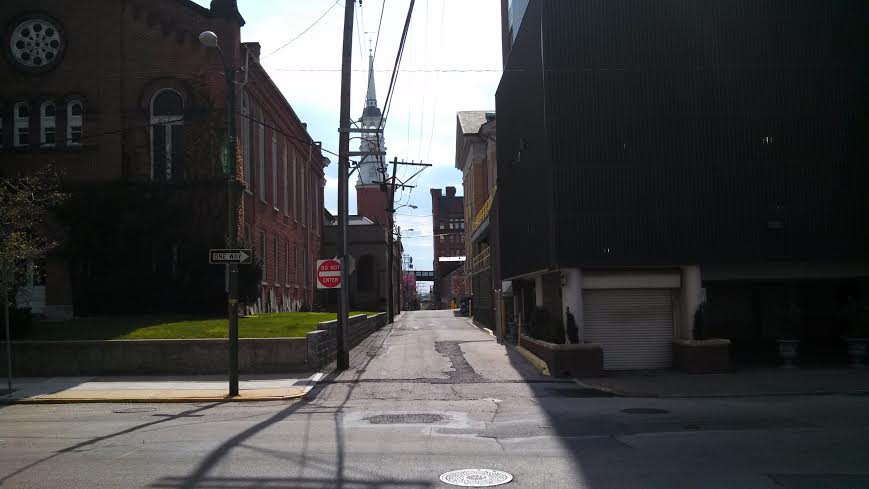 This contemporary photo from about the same place as Cliff Satterthwaite painted shows artistic license at play. The artist could – and did – remove street signs and utility poles. But other than that, the scene remains pretty much the same. Satterthwaite enjoyed painting and sketching York’s back avenues and alleys. 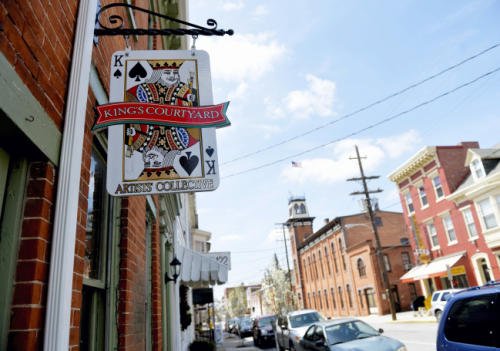 We recently learned about plans for the Bond Building as a hub for a growing arts districts at King and Queen Street in York. And here is a neat piece about some of the Royal Square artist collectives growing near The Bond, as the former car dealership/janitorial supply business is becoming known. 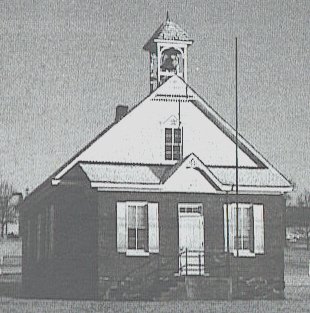 Fissel’s School is a well-preserved one-room school on the campus of Susquehannock High School. The public will have the opportunity to tour the school as part of Glen Rock Historical Society-sponsored open house on Sunday, June 1. A society member said this will be the first public opening of the school since it closed in the early 1950’s. ‘Any former attendees are encouraged to come and share their memories,’ he said. For more: Fissel’s School.

Weekend at Haar’s: Haar’s Drive-in, the only area outdoor theater still in operation, will open this weekend. To see what’s showing in the Dillsburg-area drive-in, check out: Haar’s.