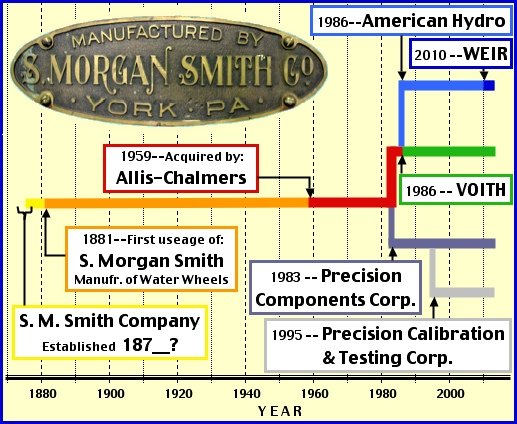 The story has been told for years.

The Rev. S. Morgan Smith, former pastor of York’s Moravian Church, left the ministry circa 1870 because of a throat problem.

So, in effect, Smith, then in a Dover, Ohio, church, was a preacher who couldn’t preach.

Not all oft-repeated stories such as this one about Smith’s reason for leaving the ministry are true. York County has its share of myths, though probably no better or worse in that regard than many old counties.

So we can thank two researchers, retired Moravian pastor Stephen Nicholas and historic preservation draftsman Terry Downs, for bolstering this part of the important story of S. Morgan Smith (1839-1903). And their ongoing research no doubt will find myths concerning Smith. 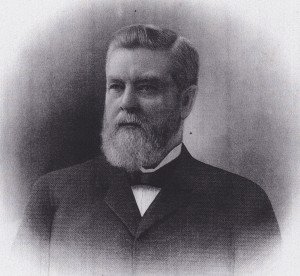 Nicholas and Downs are writing a book about this pastor turned industrialist, tentatively named: “Re-Inventing the Wheel: From Minister to Manufacturer.  The S. Morgan Smith Story.”

It’s a labor of love that should be applauded.

In research at the Moravian Archives in Bethlehem, Nicholas found Smith’s letters in April and November 1870 mentioning chronic bronchitis.

In an 1871 letter,  Smith indicated a request for “temporary” retirement from ministry. He then hoped to take a year off, recover his health and get back into ministry.

This enterprising former Union Army chaplain’s leave was more than temporary. He exchanged the pulpit for the workbench and patented a washing machine. He became a major driver in creating York Manufacturing Company, maker of washing machines and water turbines, in 1874. That company is known as Johnson Controls today.

Nicholas and Downs hope to travel to Davie County, N.C., this fall to scour archives in Smith’s home area.

That comes after their research in Moravian Archives brought forth Smith’s original York diary – a journal kept by pastors of his denomination and notes and minutes from those who knew him personally. The search brought forth 50 letters, including those referring to his throat ailment.

Nicholas and Downs are asking  those living inside and outside York County’s borders  to let them know if they have information about S. Morgan Smith to share.

They are seeking answers to questions like these, outlined in an article about their project in a  Moravian Church in North America publication:

The Rev. Smith is a fascinating character, and his life raises a number of questions begging for answers. How did a Southern boy end up as a chaplain in the Union Army? How did a student attending Moravian Theological Seminary get a call to First Moravian Church in York, when the church’s previous pastor had left when elected president of the Northern Province of the Moravian Church? What happened to Smith that he needed to leave the ministry in 1871? How did an ex-preacher, at one time so poor that he could not afford a decent roof over his head, begin a company which became the largest manufacturer of hydroelectric turbines in the world and end up as a wealthy man?

Smith’s descendants became noted business leaders and philanthropists in the York area and beyond.
In a manner of speaking, his best-known descendant, Steven Zirnkilton, is known to millions today. He was born Stephen Morgan Zirnkilton in York.
Like Zirnkilton’s ancestor and namesake when in the York pulpit, Steven makes his living with his voice.
The world knows him as the voice behind TV’s ‘Law and Order’s’ intro: “In the criminal justice system, the people are represented by two separate yet equally important groups … .: the police who investigate crime, and the district attorneys who prosecute the offenders. These are their stories. . .”

Steven M. Zirnkilton is a speaker who can speak. His ancestor was a  preacher who couldn’t preach, but S. Morgan Smith turned a season of adversity into generations of successes.

The most exciting is that I am currently reading manuscript copies of sermons that Smith preached at York from 1861-1866. Two years ago, Purdon S. Hobbs, a descendant of C. Elmer Smith, S. Morgan’s son, gave the sermons to First Moravian Church. Our church secretary received them from Mrs. Hobbs, gave them to our custodian, who placed the box of sermons in our walk in safe. Two weeks ago, I asked the custodian if he knew where the church diaries were, and he replied that they were in the Moravian Archives in Bethlehem, but there were microfilm copies at the YCHT. Then he added, “Did I know that the church had a collection of Smith’s sermons?” I received permission from the church Elders to examine them and found over two hundred sermons on linen content paper and in excellent condition (I’m using cloth gloves to read them). For a historical research, I don’t think it get’s much better than this. Each sermon is dated, and it takes me between 30-45 minutes to read one. I’m writing a brief digest of each sermon in a notebook. Already, I can see change and growth in Smith’s preaching over the five year period he was in York. 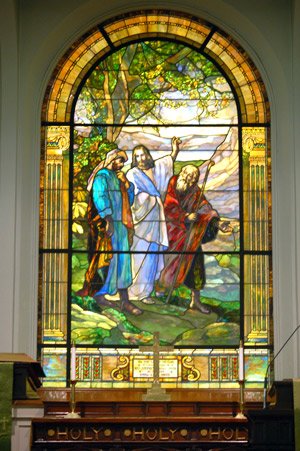