This York County tractor ranked as high-tech – 100 years ago 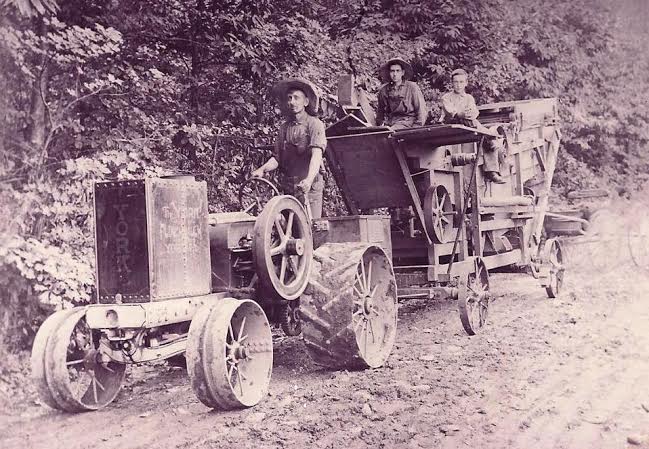 At YorkTownSquare.com, we document the newest advances in farm machinery! Well, this might have been new 100 years ago. John ‘Otts’ Hufnagel, Glen Rock Historic Preservation Society, sent this in. ‘I attached another photo of some high-tech farm equipment on York County soil,’ Otts wrote. ‘Believed to have been taken in Shrewsbury Twp. near Kings School house. All I can make out is “The York” – ? – York, PA. Certainly looks high-tech for the day.’ Can you ID the maker of this tractor? Btw, the Glen Rock group meets at 7:30 p.m. today at its museum above Peoples’ Bank in Glen Rock. Dave Smith will present on barrel making or coopering. Also of interest: Two photos, two generations of high-tech farm machinery on York County soil.

East Berlin, just over the western York County line in Adams County, is observing a big birthday this year – its 250th.

“East Berlin is preparing to celebrate its 250th anniversary this May with a host of special events to commemorate the borough’s 1764 founding by John Frankenberger,” a York Daily Record story says about the event.

Engaging display: The New York Times has an interesting online sections about museum, including a story: Wooing a New Generation of Museum Patrons.

Remember Millard Gladfelter? At YorkTownSquare.com, we don’t give up on stuff! The question about what Millard Gladfelter did received little engagement on YDR’s Facebook page. He was only one of the top educators to come out of York County in the 20th century. How quickly we forget our great achievers! Maybe viewers here can help out.