These snowstorms have been bad, but weird weather has afflicted York County forever

York County, Pa., is understandably weary with all the snow – with more expected tonight. But this Media Center gallery reminds us all that we’ve seen weired weather before. And this photo is part of that gallery. Here, a horse is seen in his Felton Road pasture in 2001, but with the addition of high water. Those are part of  flash flooding in the area. And below … . 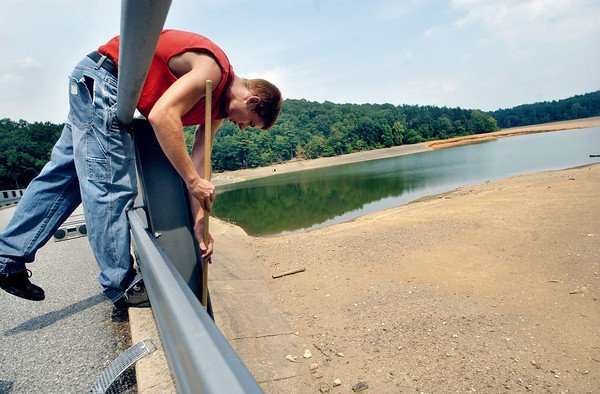 The railing at Lake Williams’ dam gets a painting in August 2002. Below, the basin is low because of a drought.  Also of interest: Check out these stories and photos about bad weather events in York County’s past.

Pretty amazing the history-related stories and photos that appear in the York Daily Record/Sunday News in just one weekend. Check out these three: 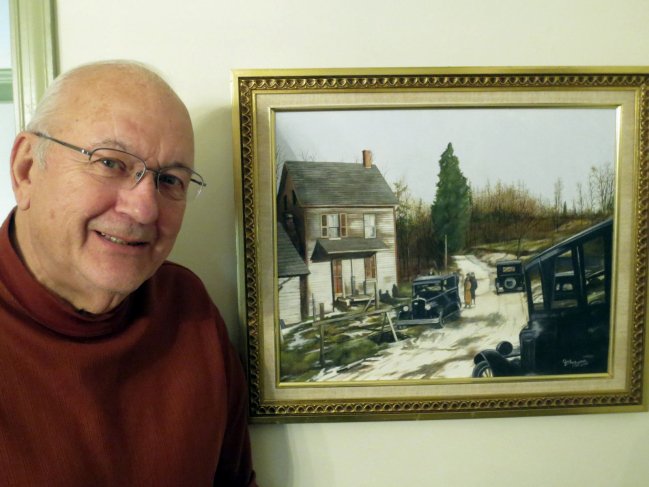 1. Gordon Freireich tells about a York County artist who captures area landmarks with his brush. Here, Jay Myers is seen next to his painting of the Hex Murder scene. 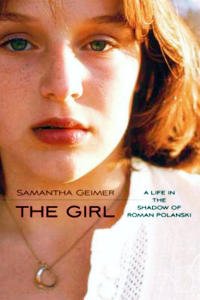 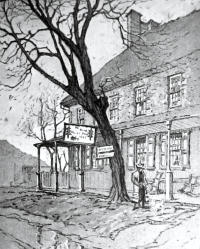 3. Yorkblogger and York Sunday News columnist June Lloyd writes about travelers’ accounts of trips through York County. The York Valley Inn, in Springettsbury Township, was a popular stop for more than two centuries.

Bringing it together: My York Sunday News column addresses the use of makeshift manual tools to aid in weather coverage, even in a high tech world.