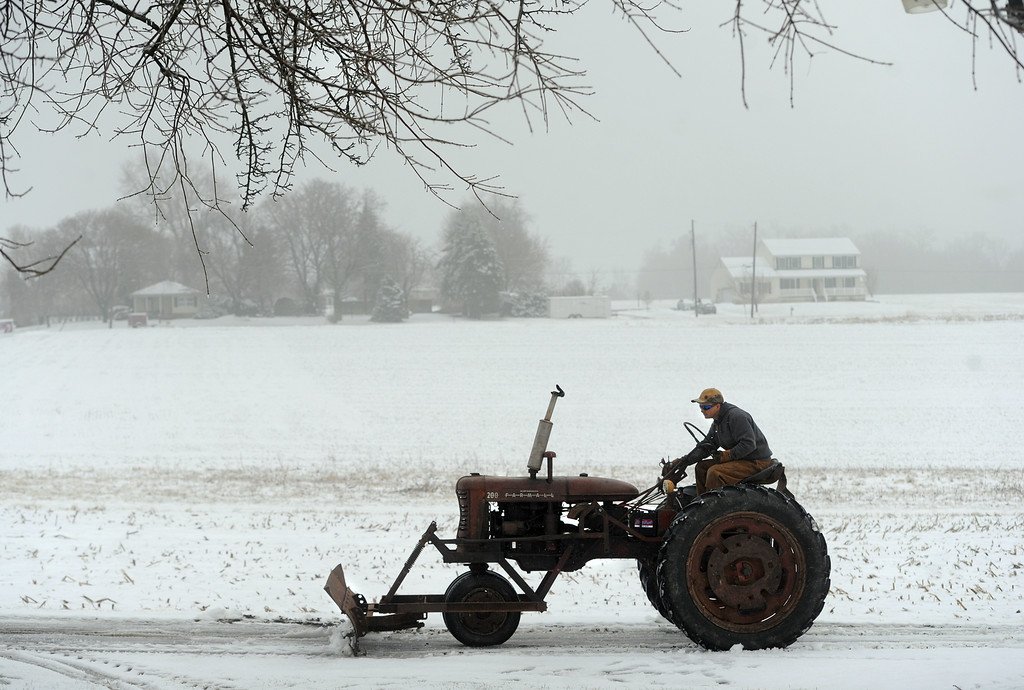 A recent snowy day in, yes, Winterstown, Pa., and Scott Hildebrand is at the helm of his vintage tractor – a 1957 Farmall 200. From York, Neb.’s Living History Farm comes this description of International Harvester and its Farmall line: ‘International Harvester (IH) began the decade of the 50s as the dominant tractor manufacturer in the world, and they continued to introduce new and better models through the ’60s. But internal problems hurt their sales and IH slipped from number one in market share to number two behind John Deere by the end of the ’60s. The 1950s began with IH replacing their “Letter Models” – the venerable Models A, B, C and F series – with the “Number Series” models. With each new series between 1950 and 1969, the number of models increased and the horsepower of each increased as well.’ Plows mounted on tractors and trucks will be in use all around York County, Pa., early this week, when a projected series are storms are supposed to pass through.  See additional snow photos in this YDR.com gallery. Also of interest: Check out these stories and photos about bad storms of all kinds in York County’s past.

Additional weather-related and winter stories and photos below: 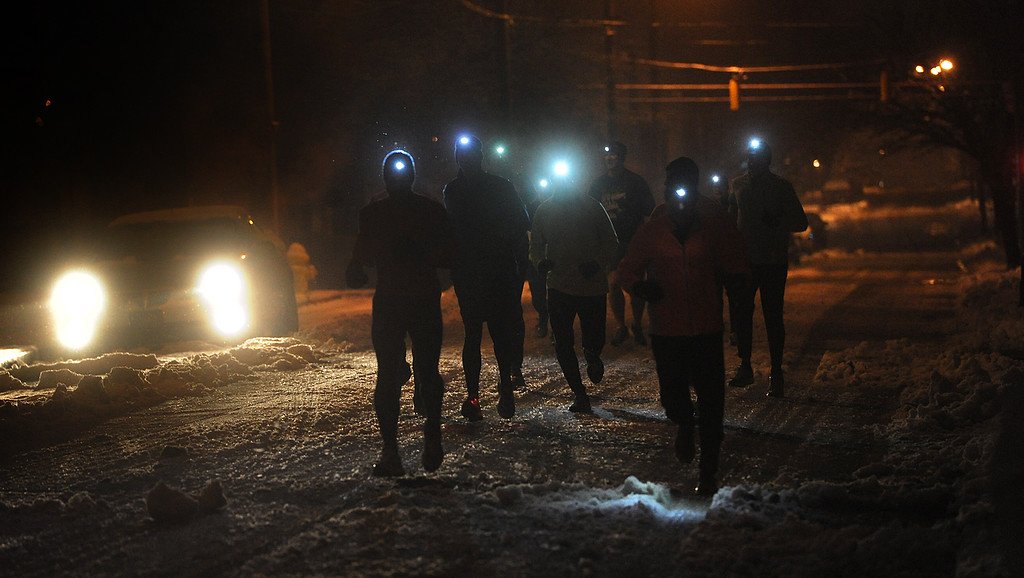 While some people work to clear snow, others play in the snow, as it were. Runners move down South Duke Street over the weekend, as seen in this York Daily Record photo. 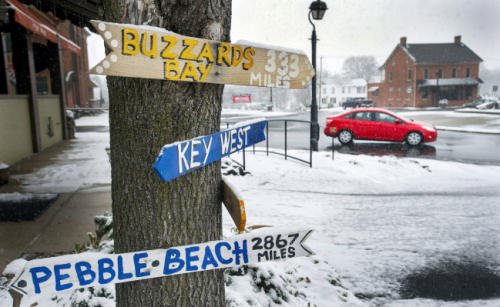 The Altland House in Abbottstown takes a tongue-in-cheek look at the snow last week. For more about Abbottstown and its history, check out: Painting a mural and Lincoln Highway Communities: ‘I know I’ll be back.’
+++
Reflecting on past storms and other bad weather moments: