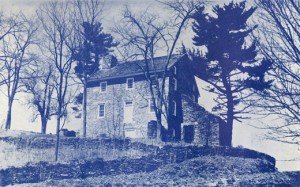 The 1969 Gazette and Daily calendar, the source of many recent enticing photographs on yorktownsquare.com, showed the miller’s home at what was known as the Wallace Mill, the Cross Mill and today the Wallace-Cross Mill. At that time, noted York County attorney and owner of the old fieldstone house J. Ross McGinnis had remodeled the structure to become a private residence. An open house at the Wallace-Cross Mill, now a county park, is set for June 3. (See another photograph of a landmark southeastern York County house below.) Also of interest: Recent book, with Cross Mill on its cover, tells all about dozens of York County’s mills.

As part of First Presbyterian’s 250th anniversary, all kinds of efforts are under way to learn more about its historic building.

That led to an expedition underneath the York church to check out some tombstone that were coverd by the under 150-year-old building.

Exporting our knowledge: A recent yorktownsquare.com post told how former Congressman Neiman Craley served as commissioner for public affairs in Micronesia – the Mariana, Marshall, Caroline and Gilbert islands near Guam – for 20 years after leaving office.

More about Carville: Another thought about James Carville’s recent visit to York at Penn State York and the referencing several times of the year 1862 – the dark days of the Civil War.

Penn State and other land-grant schools grew from that bright spot in those dark times 150 years ago.

The irony was interesting: We were watching Carville in action on a Penn State campus – in the Pullo Family Performing Arts Center at Penn State York.

It was a good lesson. We shouldn’t stop striving to better our country, even when forces are acting to tear it apart.

Forum of the day: A developer has abandoned plans for a food court on Market Street in York that would have operated 6 or 7 evenings a week. But the downtown has a fallback – the food court at Central Market. If the market’s food court was open in the evening, would you go there? Please comment below. 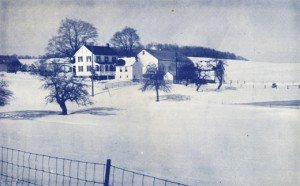