This Emigsville treasure almost made it back to Manchester Township 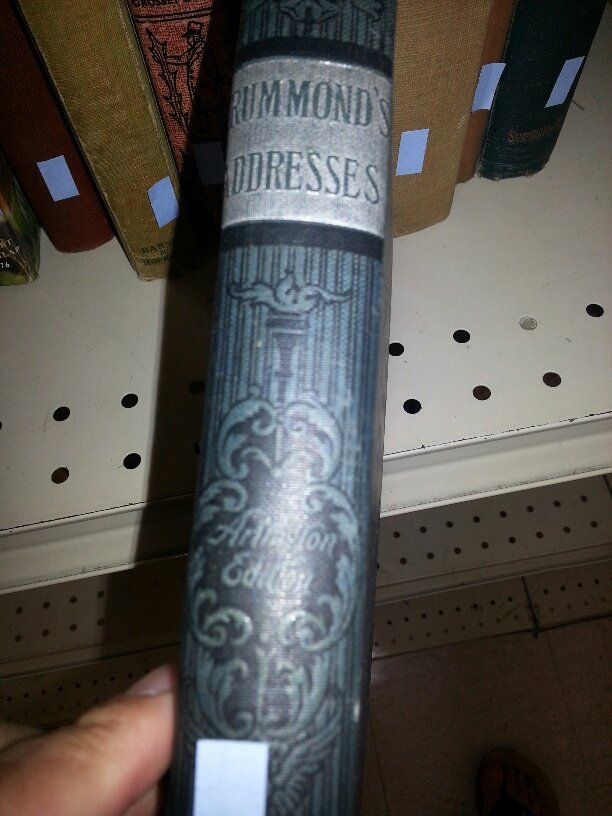 An Emig from the family that gave its name to Manchester Township’s Emigsville received a signed copy of ‘Drummond’s Addresses’ in 1897. The book almost made its way back to Emigsville. Also of interest: Transportation-oriented Emigsville a walkable York-area community with lots of community.

Sometimes, you miss landing historical treasures by just seconds. Such was the case recently when members of the Emigsville Heritage Project and the Manchester Township Historical Society almost secured a book inscribed to one of the fathers of Emigsville. 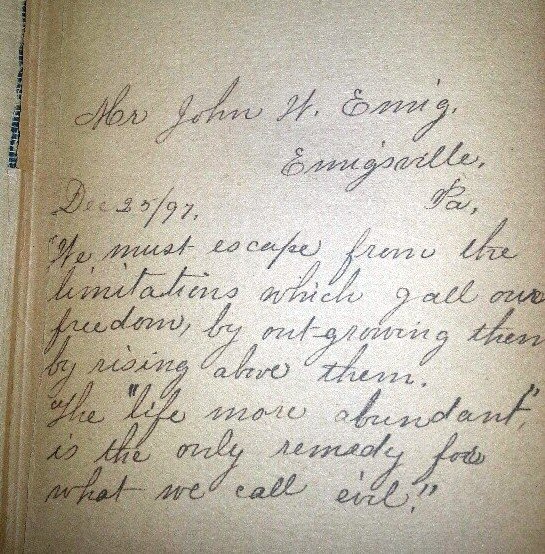 The writer of this inscription is unknown. It could not have been the author, Henry Drummond. The Scotsman died in March 1897.

“A random man from Covington, Ga found a book at Goodwill for $2.50 and asked if the heritage project wanted it… but when he went back he said it was gone. He took some snapshots of it. Interesting window into 1897.

“Also interesting that someone from Georgia knew enough that we had a heritage website. It would be interesting in the (1897) context of the inscription. I am assuming John H might be the grandson of John the original Emig? I know there were a few.”

Here was the inscription:

Christmas Day 1897
We must escape from the limitations which gall our freedom by out growing them, by rising above them.
The “life more abundant is the only remedy for what we call evil”
John H. Emig, Emigsville, Pa.

And Merry Christmas to you Mr. Emig

If John Emig had read the book, he would have digested addresses titled ‘The Changed Life,’What is a Christian?’ and ‘The Study of the Bible.’

Someone on the Emigsville email router responded:

“Interesting… Too bad it was gone.”

This all goes to show again that all roads lead to York County.
v> 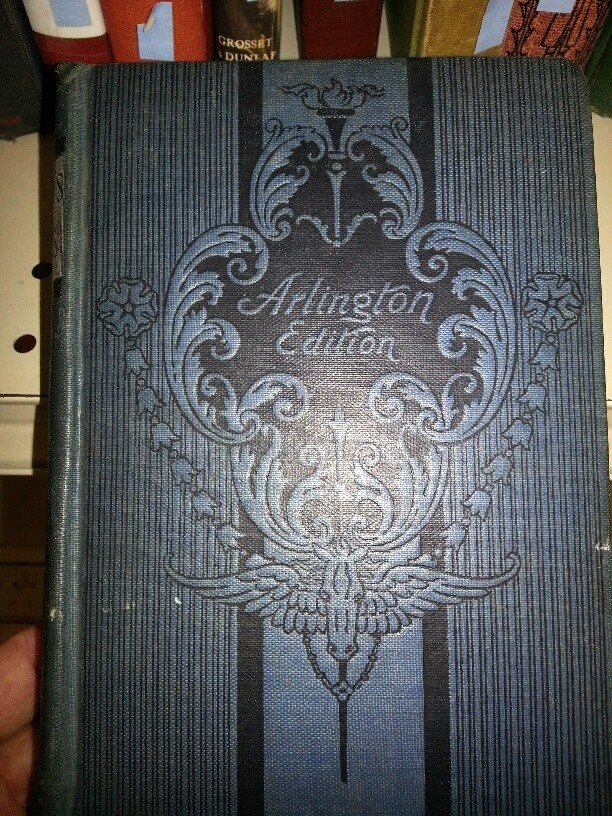 Another look at the book.