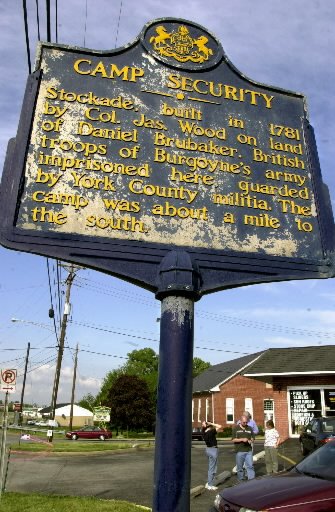 The historical marker explaining Camp Security is one of at least nine roadside monuments are missing from York County. In 2009, it was replaced by a new marker. Background post: Columnist adds to sense of community

.
The Camp Security marker isn’t the only one missing along York County’s roads.
A York Daily Record states that at least nine are missing from York County. About 200 of the 2,200 markers across Pennsylvania are missing. The number is hard to pin down.
It could be people want these state-owned signs for their rec rooms. Or sell them as scrap.