These old York County steps, Part II: Where did they lead? Linked in to York County history, Nov. 5, 2012 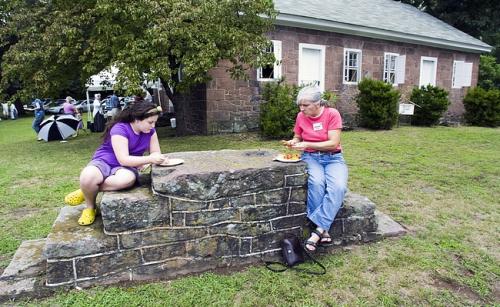 These old steps rise to no where today, but in their day, they were most helpful. Where are they and what was their purpose? Hint: They’re in northern York County. Also of interest: These old York County steps, Part I

“I am excited to share the news that we have less than $100,000 to raise for our almost $700,000 youth playground project at Penn Park,” YMCA’s Cori Strathmeyer wrote. “As you may know, we have completed a very small renovation of Penn Park in Sept, building a tot playground. The remainder of the project will be completed in June 2013.”

The project still needs $92,000 and is looking for donors.

“We are seeking sponsorships as well as personal donations in any amount.”

Awards ahead: The Articles of Confederation Day is coming up, featuring awards and performances.