These old York County steps, Part 6: Where did they lead? 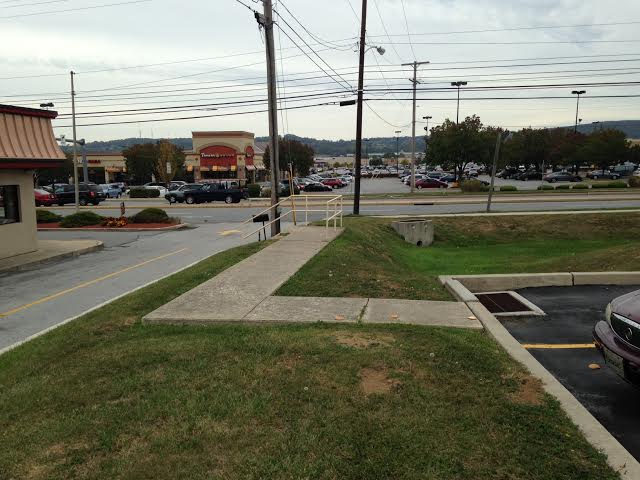 These Springettsbury Township, Pa., steps with railings don’t make sense. Why would someone want to walk from one fast-food place – Wendy’s – to another, Arby’s, both the the 2700 block of Route 462. So they must be left over from another time. In fact, that’s right, as Stephen H. Smith explains in his YorksPast blog: Bury’s in Springettsbury Township was not just Hamburgers.  Check out his explanation below. Past posts in the series – These old York County steps…. 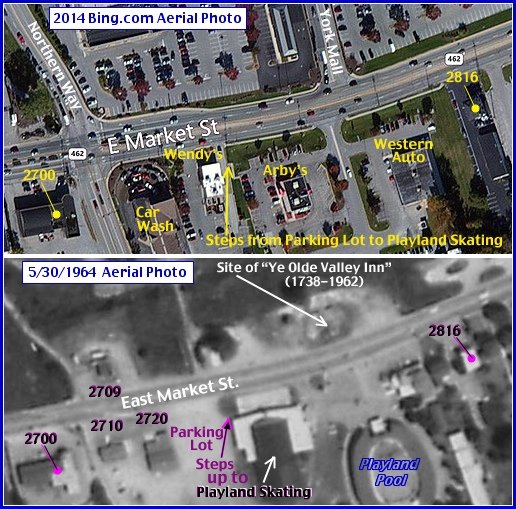 Stephen points out the steps in this 2014 aerial photo from Bing.com and 1964 picture from York County Archives that the steps led from the Playland parking lot to the popular complex’s skating rink. The rink went up in flames in the mid 1980s and the pool some years after that, and then fast food moved in. So the steps lead to a different time. Also of interest: Playland went up in flames in 1985 and Popular Springetts skating rink lost spin to a fire.

Apparently the house on the 200 block of East Market Street has deployed a busybody mirror for decades.

Susan (Schwartzer) Haberstroh read this post about spionnetje, as they’re called, and responded with:

“Before reading the address of your article, I knew exactly where it was. My father was born in this house in 1911. My 5 siblings spent many a time looking out the window looking for people in the street. The family name is Schwartzer. My Aunt, Dorothy Schwartzer, head librarian at Wm Penn, had prints of Wm Wagner. Do not know what happened to them thru the years. Love that house.”

The map that Mike Waugh drew:

Former York County State Senator Mike Waugh passed away this week. Here’s a video about the longtime southern York County resident: In 2009, the York Daily Record asked four York County lawmakers to draw – from memory – the shape of York County. We also asked them to mark the places in the county most meaningful to them. This video gives insight into his family history and his connections to the county. More: York County, Pa.: It’s shaped like a horse’s … 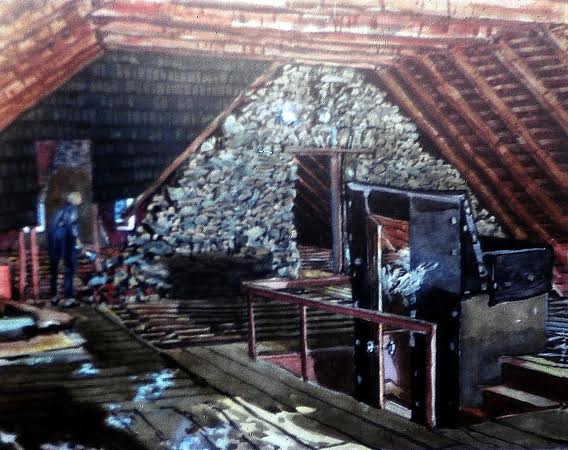 Meanwhile, on the other side of East Market Street, across from Playland: Cliff Satterthwaite captures for posterity, in watercolor, the attic of the old York Valley Inn in Springettsbury Township. Part of the 1730s structure was relocated to Susquehanna Memorial Gardens in the 1960s. More artwork: Cliff Satterthwaite.

+++
History mystery person: – How well do you know your York County political history?