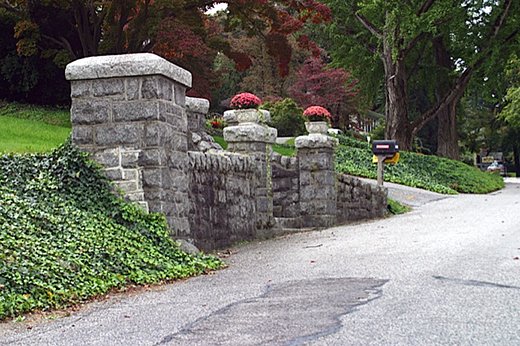 There are steps, in the middle of this stone structure, that are part of the old gate system for Edgecombe, industrialist A.B. Farquhar’s former estate south of York, Pa. (See additional photos of this gate below.) To see another set of steps left over from the estate of this captain of industry who died in 1925: These old York County steps.

The stone gates still visible along Country Club Road signal the fact that something magnificent once stood up that hill.

The houses that stand today on its former grounds are part of Farquhar Estates. The other major modern testament to Farquhar’s might and influence is Farquhar Park, built on land donated by the industrialist.

All this was top of mind recently after I received this note:

“It also stated is was demolished at a later date.”

The email said the emailer was attending an A.B. Farquhar worker’s reunion recently and when the discussion turned to Edgecombe and the nearby home of Farquhar’s son, Francis.

Edgecombe is gone but Francis’ home, indeed, stands today as a private residence.

You drive through those gates up the hill, and if you keep going straight, you’ll enter that property.

Wouldn’t surprise me if the York County Heritage Trust archives or Historic York has photographs of both Edgecombe and Francis’ home.

And enjoy these posts about A.B. Farquhar. 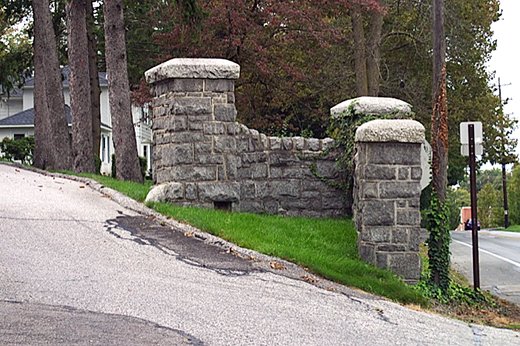 This is the north gate of the former Edgecombe estates. That’s York College of Pennsylvania in the right, background. 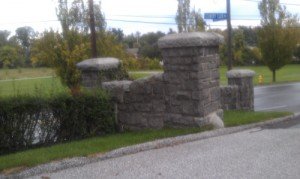 This photo from the back of the north gate shows the athletic fields at York College in the background. 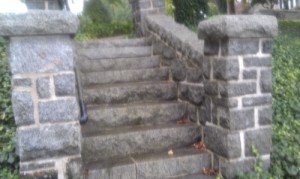 These steps led directly to Edgecombe and are located higher on the hill from the gate system.