These 5 cityscape views came from atop old York Federal building 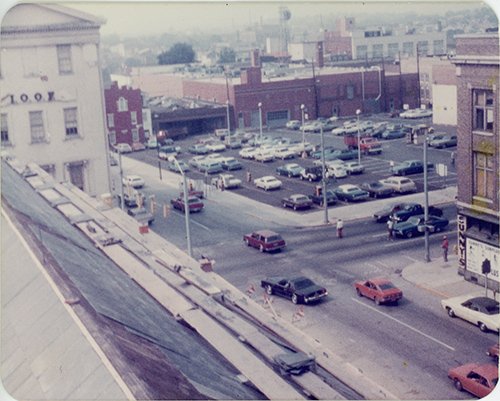 A York, Pa., Daily Record staff member found these photographs in a desk, and I grabbed them up for a viewing here on YorkTownSquare.com. The photographer stood atop what was then the York Federal Bank building, now York City Hall. The photos must have come when the bank building was being built in the mid-1970s. The parking lot in view here at King and George is now covered by a parking garage and office building. Parking was a hot issue in the mid-1970s, as evidenced from this photograph and others in this series.  Many such lots were spotted around York in the city’s bid in the late 1960s and 1970s to curtail loss of retailers to the suburbs. Often architecturally significant buildings came down to provide those lots. Also of interest: York City Hall touts Colonial history, but city is mainly Victorian. 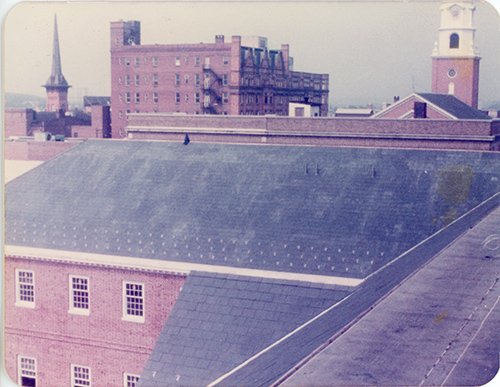 This is the backside of the old Colonial Hotel on Continental Square, a view not often seen today because of the presence of the office building. 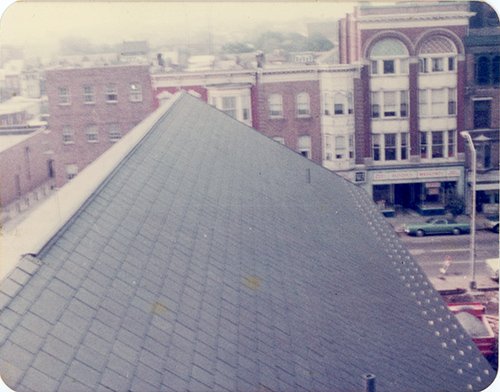 Today, the buildings across the street house Family First Health. Before that, York Federal backed this building’s 1996 renovation to accommodate bank offices and the newsroom of the York Daily Record, 122 S. George St. 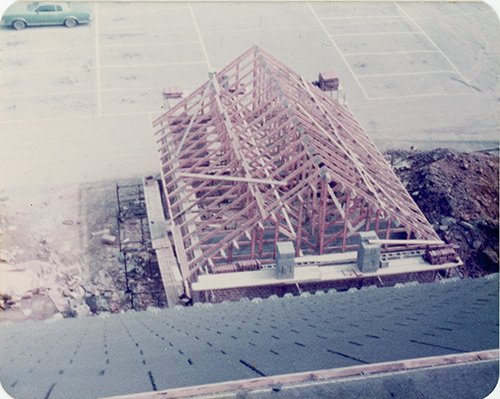 The drive-thru banking area of York Federal is under construction here. There’s that vehicle thing again. The bank was surrounded by ample parking, as is City Hall today. 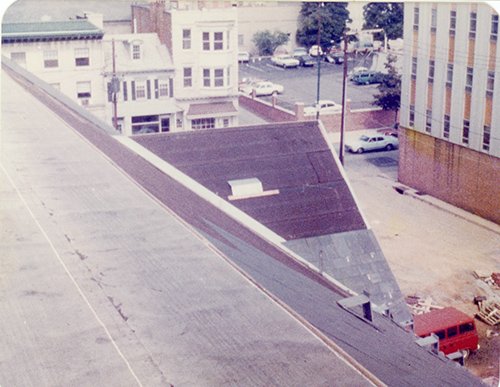 The old Gazette and Daily building was demolished in the mid-1970s to provide the parking lot in view here. The newspaper’s subterranean printing press remained largely intact, and the parking lot was filled in atop it. York Federal went through several name changes. It’s part of Santander Bank today. 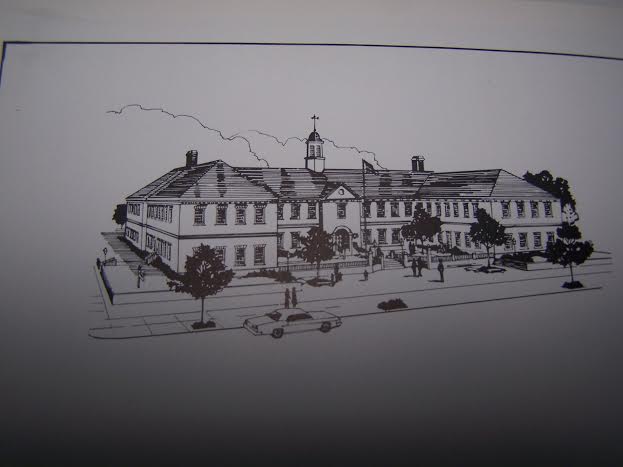 York countian Terry Downs provided this image of the York Federal Building from the 1978 York High yearbook ‘Tatler.’
Also of interest:
5 more things you might not know about York’s old city hall.