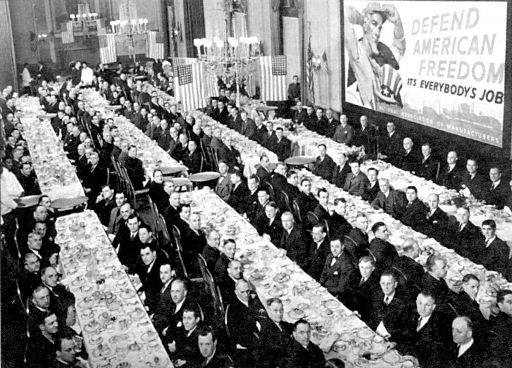 This photo does what it was meant to do: Capture York, Pa.’s, industrial might in World War II. With this many execs in command and the York Plan in high gear, the Allies would win against the Axis threat. (When seeing this iconic photo, I always wonder how Yorktowne Hotel staff served the fare. These mighty captains of industry would be forced to pass the course down the table. Servers couldn’t fit between the packed rows.) These leaders were part of the York Plan, a cooperative effort to pools, machinery and manpower to executive large defense contracts. See a female manager at work below: Floorola shifted from waxing floors to scrubbing Axis foes.

In the last post – Part I: These York County history topics are graduate theses waiting to happen – I cover themes that have been covered. And some that need to be covered.

2. One-room schools and their impact on the county’s culture. Stephen H. Smith is doing nice work on this topic on his “York’s Past” blog, but it’s another big topic.

4. Children’s Home of York, Pine and Philadelphia streets: How did the residents of this orphanage fare in life?

5. Alphabet soup agencies in the Great Depression: CCC in York/Adams.

7. The Vietnam War and York County’s response to that controversial conflict.

8. Powwowing, a form of faith healing mixed with superstition, prevalent in York County for decades.

10. The York Plan, a program of sharing manpower and machines to handle large defense contracts during World War II that became a national model.

Recent books demonstrate York County has much history to explore, and researchers are digging into it. 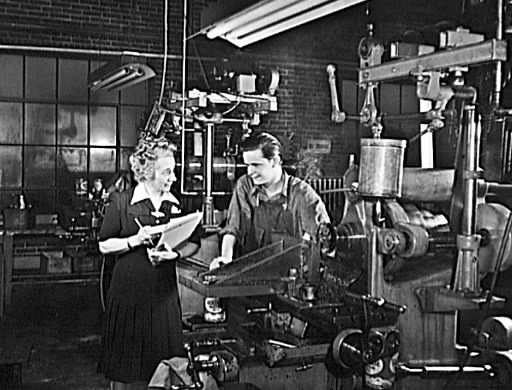 World War II gave women management opportunities in industry. This Farm Security Administration photograph of Maryland Avenue’s Floorola Products show Kay Busser at work. ‘A modern Molly Pitcher of the machine, this secretary-treasurer of a small Eastern manufacturing company knows as much as about drills and lathes as the oldest employee around the place. And it was in part through her foresight and initiative that this floor waxer plant was converted to war production. She’s shown here with a youthful worker who is operating one of the recently converted machines,’ the caption for the 1942 photograph states.