These 10 stories, photographs tell about buildup to the Wolf Inauguration 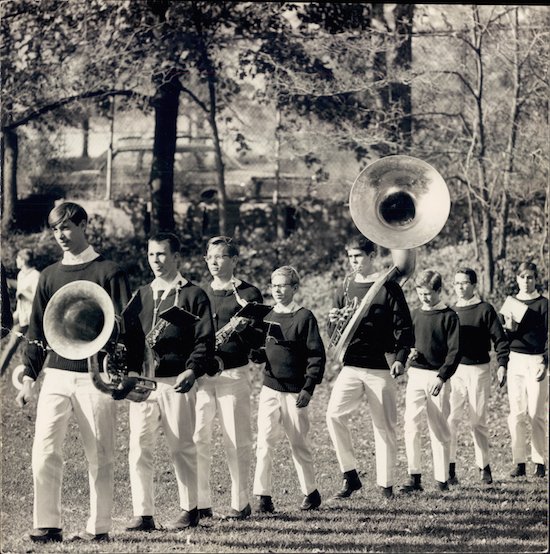 This neat image came from a Tom Wolf Inauguration email. That’s the future governor at left. ‘While we would love Tom to show us his musical skills at the inaugural party on Tuesday,’ the newsletter said, ‘we’ll let him off the hook this time :)’ Also of interest: Getting to know Tom Wolf’s hometown in 10 easy links.

So here is coverage of pre-inauguration activities. 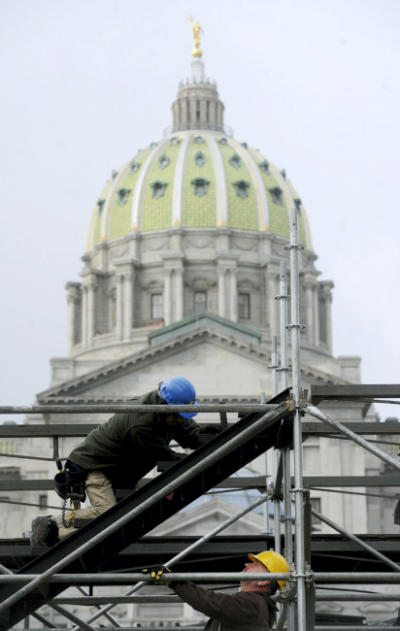 Workers prep the Capitol grounds for the inauguration. 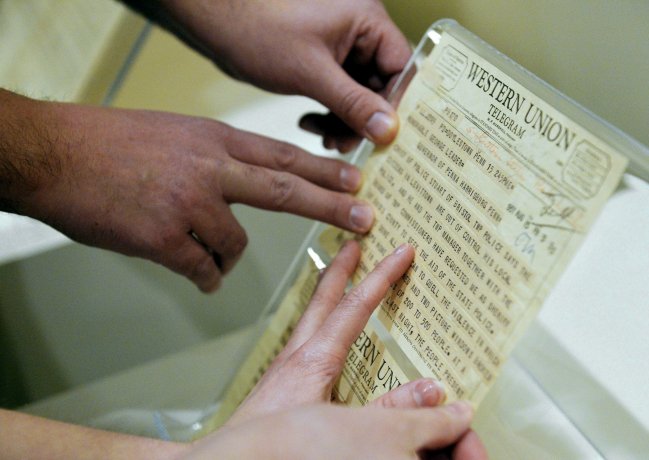 A photo caption on the story about inauguration preparations states: ‘Pennsylvania State Archives archivist Richard Saylor and State Museum of Pennsylvania exhibit designer Danielle Perdue work to mount a telegram sent to (York County native) Gov. George Leader in 1957. The telegram is part of a display of original documents and photographs pertaining to the gubernatorial office. The exhibit of documents will be on display for only a few weeks following the inauguration of Gov.-elect Tom Wolf on Tuesday.’

5. Check out numerous YorkTownSquare stories and photographs about Tom Wolf and Mount Wolf.

Just arrived at Eagle Fire Company for the breakfast in honor of @WolfInaugural . pic.twitter.com/d6ffcyjLDj 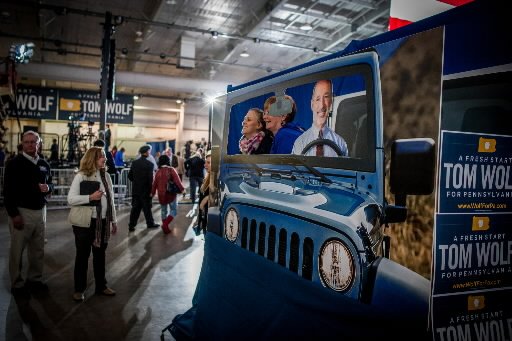 This exhibit of Tom Wolf’s Jeep will be a prop at today’s inauguration acitivites.

10. The YDR’s all-day, all-night live coverage of the inauguration can be found at: Follow Live.

*Unless otherwise marked, the photos come courtesy of the York Daily Record.