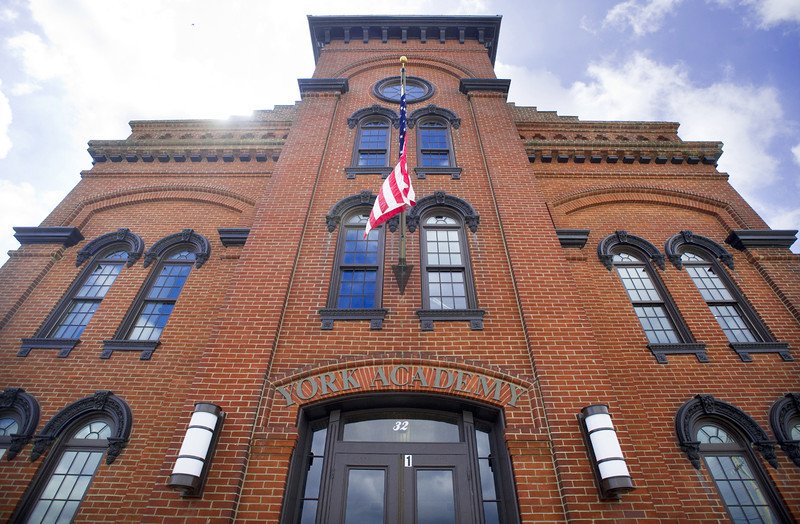 The York, Pa., Academy Regional Charter School not only received a beautifully restored building – for years it was the Smyser-Royer Foundry. It now is expanding to add a fourth grade, and its new playground is wonderfully done. Also of interest:  New York Academy is around the corner from old York Academy. 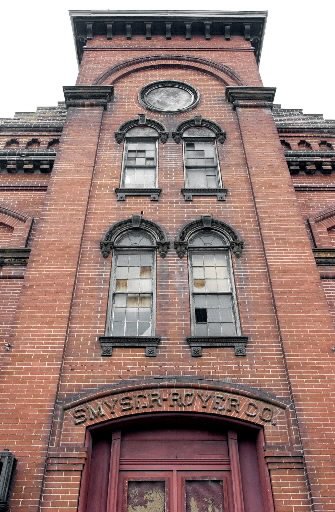 Before its facelift, the old Smyser-Royer Foundry looked like this.

This photo is among a gallery of the charter school and its expansion on ydr.com’s Media Center  Here’s a description from that gallery: ‘A new playground area at the York Academy Regional Charter School in York will include a covered area made to look like vintage train station. The structure uses vintage cast iron columns reused from a demolition in Baltimore. There is a spongy rubber material in the play area and fruit trees.’ This playground is one of those described in this story: Two schools, one creek and an idea.