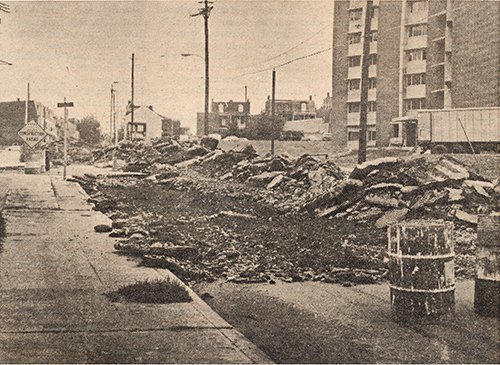 This scene captured the old Freys Avenue neighborhood in York, Pa., about a dozen years after York County Housing Authority high rise apartments went up. According to the York Daily Record, this scene from June 1972 shows old paving on East King Street that ‘goes between halves of the Freys Avenue housing project.’  Former residents of the Freys Avenue area and those from another former neighborhood on Codorus Street are looking to hold a joint reunion in 2014. (See present-day photo of that area below.) Also of interest: Codorus Street Reunion packed with mean, history.

Former residents of two treasured neighborhoods – Freys Avenue and Codorus Street – are talking about a joint reunion next year.

The York Daily Record/Sunday News told about their plans in the piece:  Will a generation’s values disappear with the loss of its neighborhoods?

“Those raised on Freys Avenue met with the descendants from Codorus Street — a similar York block torn down in the 1960s — earlier this summer to make plans for a combined reunion in 2014,” the YDR’s Rebecca LeFever wrote. “They hope to invite younger generations to hear their stories.

“Even with plans underway, they worry about younger people being receptive.

“Their communities raised them. And they hope they aren’t the last to do so. ”

Hooked? Check out that story and this sidebar about another family reunion: a gathering of the Generettes.

Check out these stories and photos about York County’s black history. 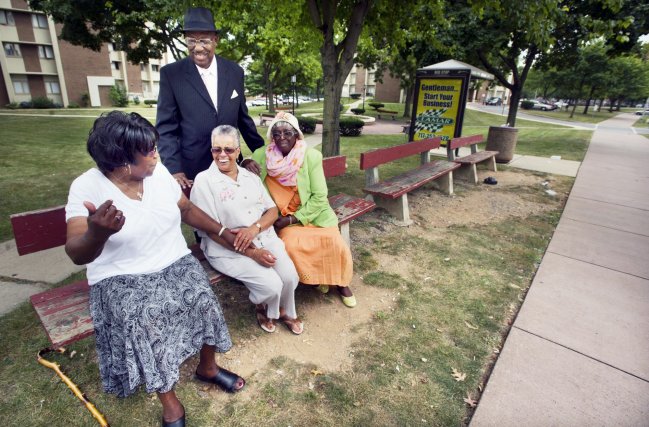 This gives a present-day look at the old Freys Avenue neighborhood. Former residents sit in front of what was Charlie Copeland’s restaurant on Freys Avenue, according to the York Daily Record/Sunday News. The site is near where East King and South Broad streets intersect.