The view across York, Pa.: From the city’s Southwest York neighborhood to points north

What better way to understand a York, Pa., city neighborhood than to see it from on high? That’s Zion United Church of Christ, the old York County Courthouse and the Yorktowne Hotel to the north. The York Daily Record series on the city’s many neighborhoods, Fixing York,  focuses on Southwest York, the area around York College of Pennsylvania. So after getting the big picture from above – high up on Reservoir Hill – photographer Paul Kuehnel went to street level, as did reporter Angie Mason. Check out: College students, longtime residents mix in city’s southwest corner. (See additional cityscape photo below). Also of  interest: Map shows York College’s ever expanding campus.

“While digging in a dump in a local woods I recently found a small glass bottle. It is embossed with raised letters on one side. It reads John F Patton & Co City Drug Store York PA. I am looking for any information able this company but have not been able to locate anything about it. Could you at least point me in a direction to research this company and when it was in business. ”

I suggested contacting the York County Heritage Trust library and urged him to make sure that he thoroughly searches the web. With the specifics in his possession about the bottle, he can probably mine a lot that way. But if you can help, let Mike know. 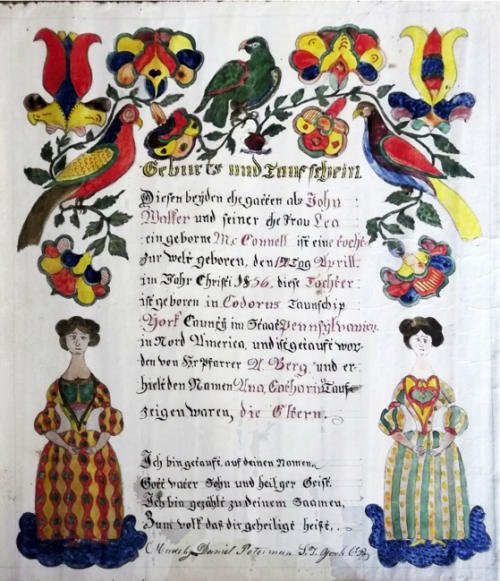 This variety of Fraktur is called Taufscheine (birth and baptismal Certificates), and its up for action. It could fetch thousands, according to a York Daily Record story. More on artist Daniel Peterman, courtesy of Yorkblogger June Lloyd:  Many Fraktur were made for York County area children. 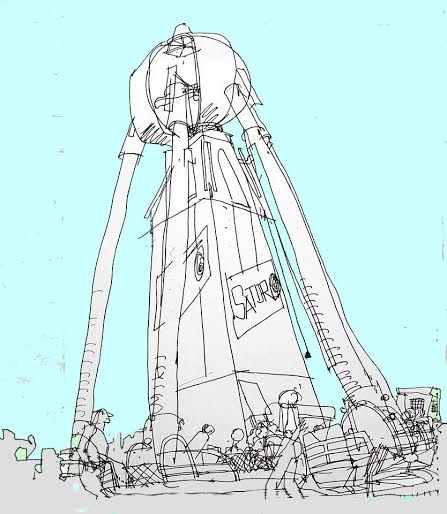 History Mystery: Abraham Lincoln’s funeral train 150 years ago in 1865 was not the first bearing the body of a U.S….