The Underground Railroad and other Civil War Facebook talk 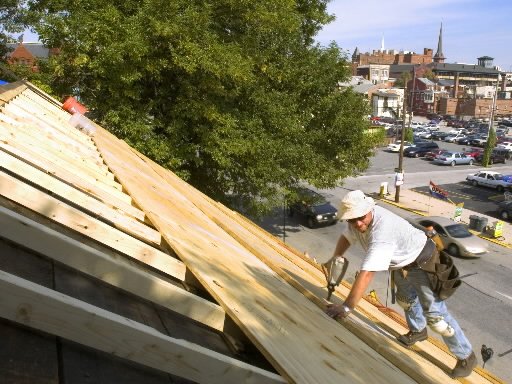 Here are two edited threads from the YDR Facebook page, the first one illustrating the interest in assigning Underground Railroad status to sites around the county:

Marg Burger Gotwald: The article about York not having Civil War events can be tempered by the York Newspapers continuing the coverage of stories like this…They certainly aren’t in our history books, unless Scott Mingus or another local author got ahold of it…Thanks, did not know of Amanda Berry…

Blake Stough A few days ago I posted a photo on the Preserving York group showing the area where runaway slaves were tucked away in the basement of the William Goodridge house. That image is also shown as my own cover photo. Standing in the same place where those slaves were scared and hiding gives a person a different perspective of life, and freedom. about an hour ago via mobile ·

Deb Silar : There’s a home in Hellam that was involved in the underground, also, I have been told. about an hour ago ·

George Beasley: There were two homes in Hellam used as a link to the UNDERGROUND RAILROAD.The Shipley home and the Beasley farm were connected by a tunnel which ran under the … Highway.

Deb Silar: Thanks so much! I really didn’t know the names of the family’s home. I just know which one it is to look at it. I used to live in Hellam years ago. Just love learning and reading about all the history! Thanks for sharing!

Blake Stough George, were those the families that lived there then, or now? Is the tunnel still present? I’m intrigued.

George Beasley: The Shipley home was at one time owned by Samuel Shipley-founder of Shipley Oil and across the street was the farm of Carl Beasley.They were great friends.I don’t think either family were the owners of the property at the time of the railroad.

George Beasley: PS-The tunnel has collapsed over the years when heavy trucks still traveled the Lincoln Highway.The exit of the tunnel was still evident in or about the year 1977 when the Beasley Family sold the home-barn and 18 acres….The home today is owned by Pasch the contractor, who has done a wonderful job restoring the property.

Blake Stough: Thanks George. I know exactly where you’re talking about now.

Jim McClure : There are a lot of suspected sites like the Shipley home, but the real work is documenting them. Sometimes, an old diary or a stray document in a York County Heritage Trust file fills in the gap. So far, only the two sites have been documented to the satisfaction of the National Park Service. Seems that Amanda Berry Smith’s site – don’t know if the original house exists – at least has the documentation.

Gregory Badin : All you need to know is that the confederates came in and York countians threw up there hands and gave over the town. There you go. That’s Yorks experience during the war!

Jim McClure: Nice piece of satire! But I have to say that York County has just a wee bit more involvement in the war than the surrender! I tried to summarize that in the essay 10 most memorable Civil War moments.

This ydr.com site contains a wealth of photos and stories about Gettysburg 150.

This YDR video shows the Cyclorama in Gettysburg shortly before it opened in 2008. Here’s the FB caption written by the YDR: ‘This video from September 2008 was made just days before the grand opening of the restored Civil War painting at the Gettysburg Visitor Center. It was recreated into a 360-degree diorama to give it a three-dimensional feel.’